The Rib Man, Grillstock and more come to the Blues Kitchen's Rib Festival 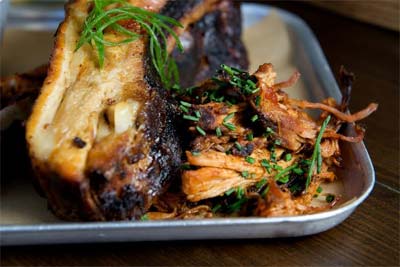 London’s taste for BBQ and grilled food appears to be unstoppable. So it can only be a good thing that The Blues Kitchen in Camden is planning a series of pop-up events as part of the Rib Festival to bring BBQ food to hungry diners throughout January and February.

The American diner will be taken over by BBQ legends from across the country on Mondays throughout January and February for “rib nights”. With experts ranging from Bristol-based Grillstock to London serial-server The Rib Man, The Blues Kitchen’s Rib Festival should be a must for BBQ fans.

Tuck into the Prairie Kitchen’s ‘Fire BBQ’ sauce, ‘Holy Fuck’ sauce and smoky BBQ meats from The Rib Man, Carolina Pulled Pork from DJ BBQ and hickory smoked treats from Grillstock. A selection of Southern sides will be on offer each night including crunchy slaw, sweet potato fries and, of course, mac ‘n’ cheese. Prices start from a stack of pork ribs at £13.90 and beef ribs at £16.50, and from February Rib Night from The Blues Kitchen will feature a stack of ribs, two pork and two beef, for £20..