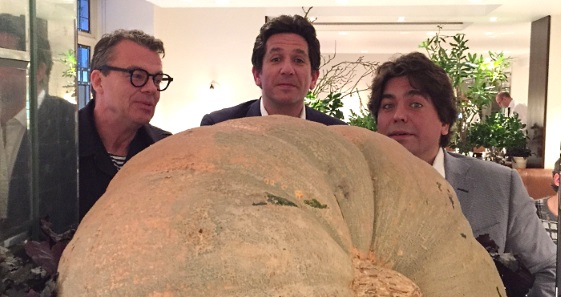 If you dined at Quo Vadis at any point over the last month you might have spotted the mahoosive pumpkin that adorned the middle of the restaurant. Now the 67 kilo squash is going to be turned into soup for all.

Head Chef Jeremy Lee is hard at work with the “Cinderella pumpkin” turning it into pumpkin soup. And, because of the size, there'll be too much soup for the restaurant so Jeremy and owners Sam & Eddie Hart have decided that it should be Soup for Soho!

So, if you fancy a nice cup of hot pumpkin soup, completely gratis, head down to Soho for lunchtime on Thursday 20th and Friday 21st November where they'll be giving away soup on the terrace of Quo Vadis until it runs out.