The next Draft House is coming to Old Street 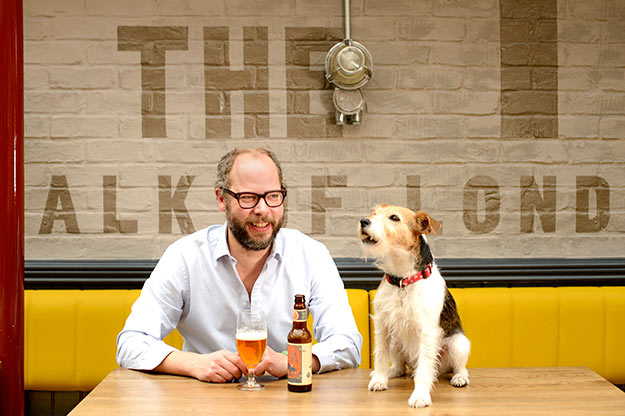 The rejuvenation of the Old Street area is bringing with it more eating and drinking options to the area, Ceviche has already landed while Bone Daddies and Honest Burgers are on the way. And the next to land there is the latest from Charlie McVeigh's Draft House.

It's going to open in the new development The Bower, just off City Road. It'll be split across two floors and they say it'll have a "utilitarian aesthetic" and is inspired by the "British brutalist architecture of the nearby Barbican." The ground floor will apparently be a good spot for events with "high ceilings, modular industrial style furniture and raw, unpolished concrete." And upstairs will be going for a cosier feel, with banquette seating, wooden tables, and leather, suede and tweed chairs.

As usual, expect a whole host of craft beers on offer and it'll also have three 500L copper tanks for Pilsner Urquell (which seems to be popping up all over the place at the moment). And on the menu expect their foot long scratchings and other Draft House dishes including Pig & Hay Chorizo Scotch Egg, A Pound of Buffalo Wings, Wandle-Battered Fish & Chips, The Poke Supreme hamburger and The Monster Dog. There are beer pairings throughout and there will also be optic cocktails from Max Chater at Bump Caves.

Draft House Old Street opens in The Bower in October 7. For more, follow them on Twitter @drafthouseuk