The Momo Shack pops up in Dalston with Tibetan dumplings 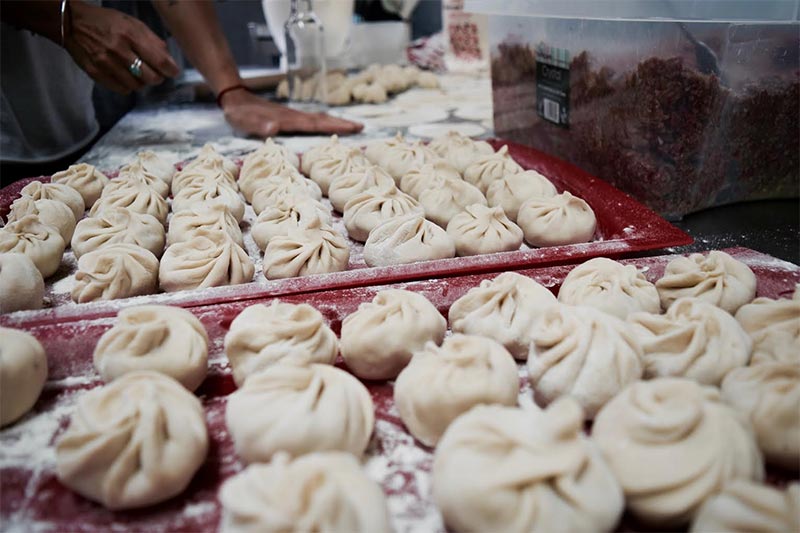 7/1/17 Updated with news of the extension

Places to eat authentic Tibetan are few and far between in the capital, which is why it’s great news that The Momo Shack is popping up in Dalston this winter.

For six weeks, you’ll be able to get your hands on their steaming momo dumplings, the definitive Tibetan dish. They come in lamb, chicken and vegetable variety, with the option to order a side of stir fried veggies or spicy tomato salsa. They’re steamed gently, to keep them extra-juicy, and will be full of flavoursome ingredients like garlic, ginger, masala spice and fresh coriander.

The Momo Shack is headed up by chef Alex Lobsang, who learned delicacy from his Tibetan father before perfecting it during an extended stint in the region. Dalston’s Brunswick East Cafe will be The Momo Shack’s second residency, following its initial set up in Hackney workspace, Netil 360.

Aside from the food, The Momo Shack will also be celebrating Tibetan culture by hosting Tibetan and Buddhist teaching evenings, and serving Tibetan-themed cocktails, whatever those may be. The local community will also be included, in the form of live acoustic music from local musicians and a hefty selection of craft beers.