The London Shell Co are opening a floating restaurant at Paddington 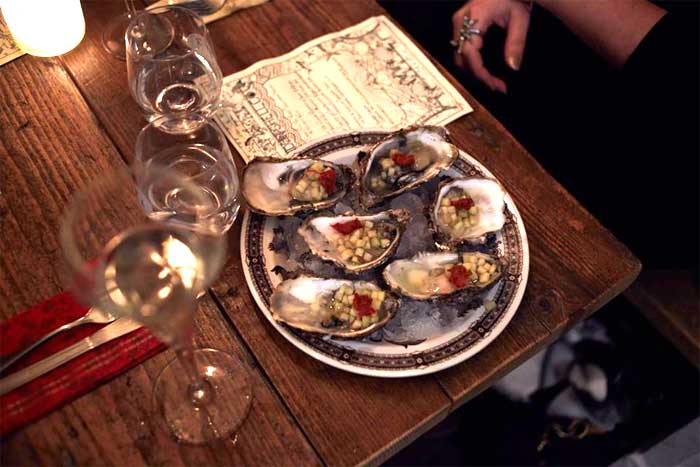 If you've been to any of London Shell's pop-ups, you'll know that it's good news that this enthusiastic bunch of foodies have signed a deal to open a permanent restaurant in London. However, it's not bricks and mortar - more wood and steel. They'll be launching a floating restaurant on the Regent’s Canal at Paddington with dinner either moored up or on the move.

As you might expect from such a watery location, the menu focuses on seasonal seafood. But, given the season they're opening in, they'll also feature dishes with British game.

And, to wash it down with, there'll be wine and spirits too with five, London-focused cocktails, using sherries, fortifieds and British vermouths.

The London Shell Co. opens on 3 November 2016 on the Prince Regent canal boat at Sheldon Square, London W2 6EP. Bookings will open on 3 October. They'll be open for lunch and cruising dinners from Wednesday to Friday, the cruising dinner leaving from Paddington at 7.30pm, with welcome drinks available from 6.30pm. The two-and-a-half-hour cruise will take guests peacefully along the scenic Regent’s Canal to Camden Lock and back again. Keep up with their news on Twitter @LondonShellCo