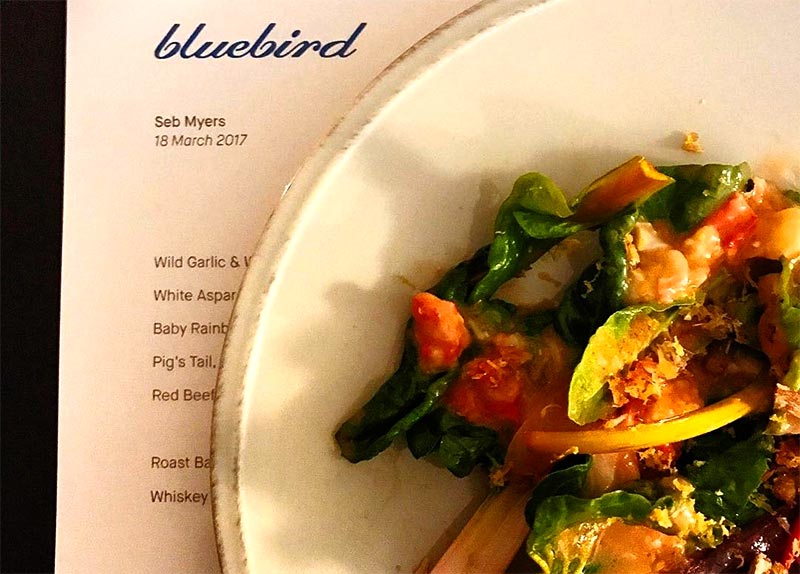 Not content with running one of East London’s hottest new restaurants of 2017, the team at The Laughing Heart have just announced the opening of Bluebird, a subterranean drop in wine bar and private event space.

Brainchild of Charlie Mellor, Bluebird quietly opened its doors earlier this month, kicking off their opening week with a run of 5 chefs over 5 nights. One of those chefs, Sebastian Myers, previously of Sager & Wilde and Chiltern Firehouse has been announced as Bluebird’s permanent resident chef. Myers will work alongside Harry Hunter who retunes to the UK after nine years working with wine at the top level.

2017 has already brought us some fantastic new wine bars and East London seems to be setting the pace with After Hours in Whitechapel, Furanxo and Newcomer Wines in Dalston joining firm neighbourhood favourites Sager & Wilde, P.Franco and Brawn.

What: Bluebird at The Laughing Heart