[SIGPLUS_EXCEPTION_SOURCE] Image source is expected to be a full URL or a path relative to the image base folder specified in the back-end but /blog/2015/ivychelseapreview/gallery is neither a URL nor a relative path to an existing file or folder.
0
Shares 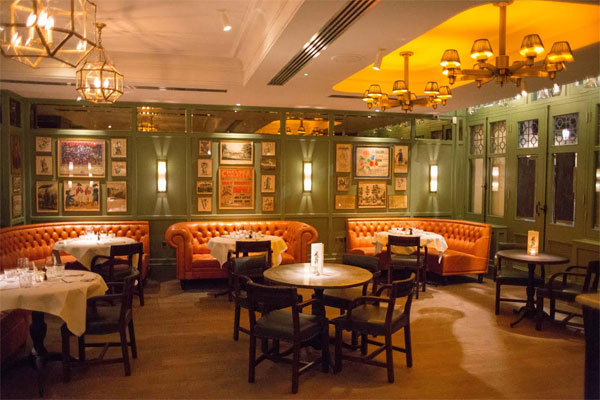 After many years of only having one outpost in London, the Ivy is stretching its legs and continuing to expand across London. Only late last year they launched the Ivy Market Grill in Covent Garden and now they're heading west to the King's Road for the very alfresco-y Ivy Chelsea Garden.

What you need to know about Ivy Chelsea Garden

They want as many walk-ins as possible. In fact half of the tables will be available with no reservation - so getting a table should be fairly achievable.

It will have a pretty impressive and pretty big garden. More specifically, it will have at the back an "extensive orangery, terrace and garden." It has been designed by Anthony Challis and Dan Curran of Ginkgo Gardens and promises "trailing wisteria and climbing roses adorning the garden’s pergolas, the soothing sound of water tinkling on the stone clad fountains, arched antique mirrors set into leafy trellises."

But the inside won't be too shabby either. There is a bar lounge, café and restaurant, all designed by Martin Brudnizki and his team (Ivy Market Grill, Holborn Dining Room, Hix, 34 and many, many others). According to the Ivy's press release, we can expect the following: "The colour palate includes burned orange, pewter, forest green and mustard yellow. The floors range from reclaimed wooden parquet to a marble mosaic black and white diamond pattern; the antique mirrors, bronzed wall lights and lanterns add a touch of faded glamour".

And as for the food, the all-day menu (plus weekend brunch) promises a mix of British and international dishes. On the menu will be:

There will be afternoon tea too and they'll have toasted crumpets with Marmite, mustard and parsley butter for "elevenses".