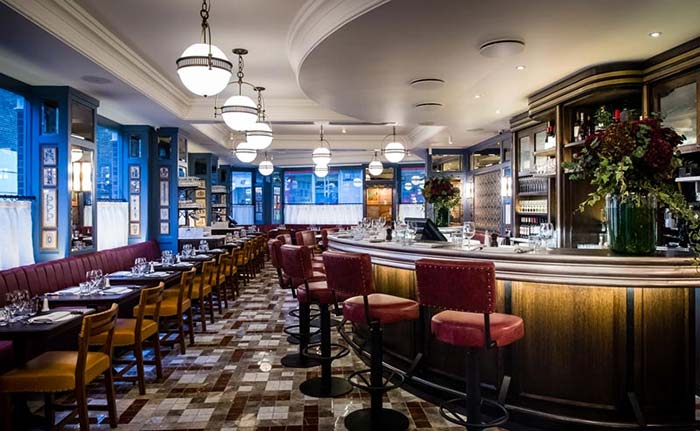 The Ivy has had a pretty busy past year. Not only have they revamped their original restaurant to great acclaim, but they also opened the Ivy Market Grill and the Ivy Chelsea Garden. And now there's a third cafe on the way with the Ivy Cafe in Marylebone. It's notable that there's no specific area named in the restaurant title - so we would not be at all surprised to see a lot more of the cafés appear soon (although next up is The Ivy Kensington Brasserie in December).

This one is an all-day affair that once again has design input from Martin Brudnizki Design Studio.

Breakfast and brunch include:

On the menu for lunch and dinner is:

The cocktail list features some creations unique to the new cafe and while we were recently impressed by their trip of martinis, the new restaurant features a the Negroni tasting set (white, classic & boulevardier), the Bloody Mary Brunch selection (Caesar, Red Snapper & Smoked) and the Espresso Martini - which is served unsweetened with hot cross bun, amaretto & crème brûlée infusions on the side.