The Hill and Szrok Public House is coming to Old Street 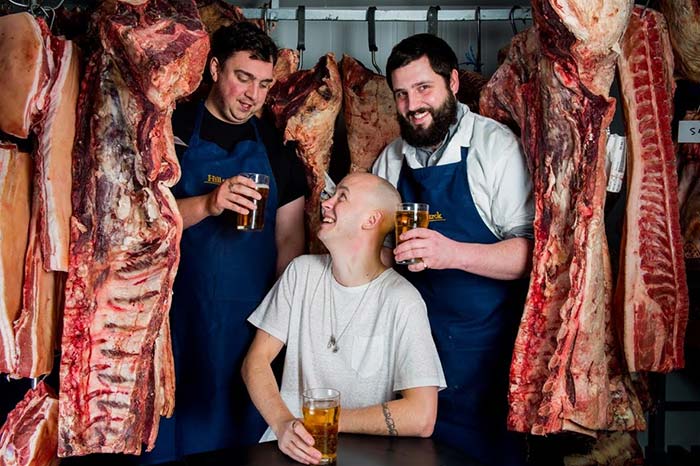 Their Butcher and Cook Shop on Broadway Market has garnered many rave notices since it opened, but if that's ever seemed a little too far away for you, then news that Hill and Szrok are coming to Old Street will be very welcome.

They're taking over what was the 3 Crowns pub on East Road, and it'll be getting a big makeover from the people that made the original H&S a success - Luca Mathiszig-Lee, Tom Richardson Hill (the butcher) and Alex Szrok (the chef).

It'll have a familiar look to the original, right down to a huge Carrera marble communal table (seating up to 18) taking pride of place in the pub’s dining room - harking back to the one in the Broadway Market shop.

Obviously, the quality of the meat will still be a big selling point - all slow grown, free range and from sustainable farms across England and all will be delivered whole and broken down on site by the team’s butchers (and aged on site too). So expect a good deal of nose to tail eating with every bit of the animal making an appearance on the menu.

As for the menu - there will be a charcoal grill for spit-roasting pig, lamb and chicken and the bar snack menu has Hill & Szrok’s own pork pies, sausage rolls, scotch eggs and pork scratchings. They'll also have a whole grilled fish and a seasonal sandwich at lunchtimes. More from the menu includes:

Obviously, as it's a pub expect much booze - and the same effort at sourcing will be in evidence there too.