The Hart Bros are bringing Barrafina, El Pastor and a new wine bar The Drop to King's Cross at Coal Drops Yard 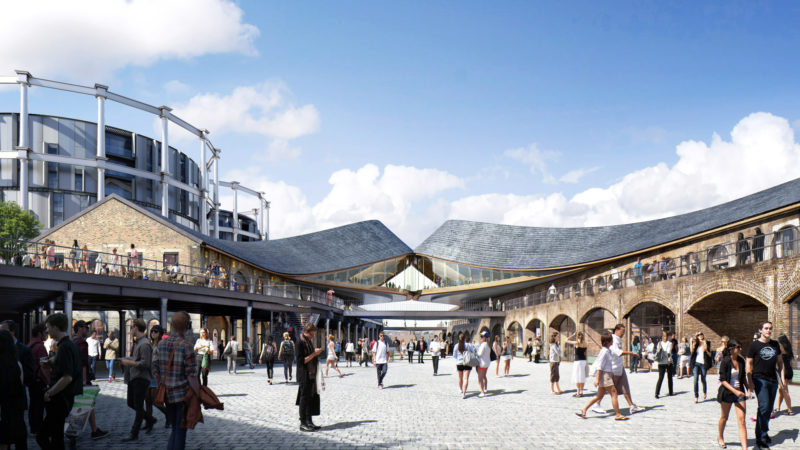 Big news from the Hart Bros this morning (the family behind Barrafina, Quo Vadis and El Pastor) - seems they're planning on expanding their empire to King's Cross.

In a release this morning, they reveal they're going to be bringing a huge new Barrafina to the next big section of the King's Cross development to open - Coal Drops Yard. There's already a load of big fashion and design names involved including Paul Smith and Tom Dixon - but this is the first restaurant to confirm it'll be in the space.

"With 34 seats at the bar, a private dining room for 20 and a weather-proof outdoor terrace, this will be the biggest Barrafina yet" they say. And if you fancy getting in on the venture they're looking to crowd fund the project with options to invest starting at just a tenner.

But that's not all. The group have also confirmed that in addition to Barrafina they'll be opening another branch of their Borough taqueria El Pastor - called Casa Pastor - and an entirely new concept (for them) wine bar and restaurant called The Drop. Both are pretty big, with Casa having room for 80 diners plus a further 80 on the terrace, while The Drop will have 55 spaces inside and 24 outside.

We presume that'll be stocking Hart Bros own wine. They're already selling a Verdejo-Sauvignon Blanc in Sainsbury’s with plans to launch a red and white Garnacha from Navarra and a Rioja this year.

Where is it? Stable Street, London N1C 4AB