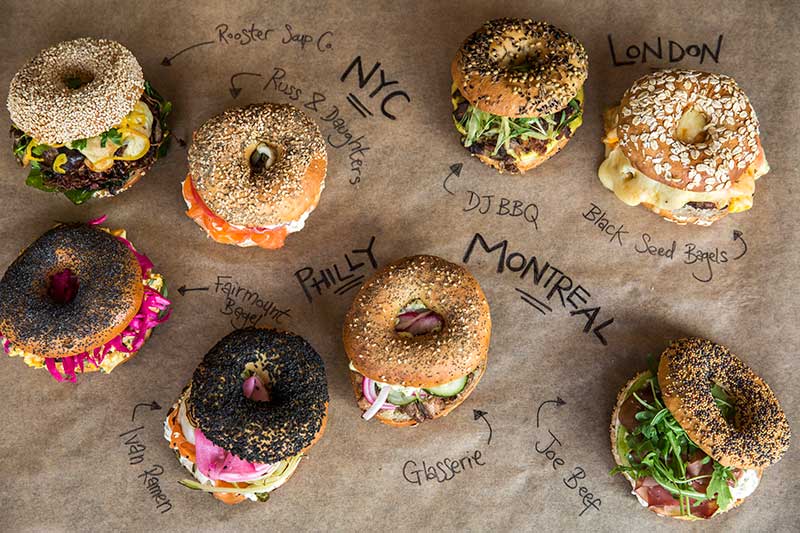 If you've read about NYC deli Russ & Daughters and the amazing Ivan Ramen but haven't yet made the trip to The Big Apple to try their food then sit back and enjoy as the best of North American's delis, restaurants and bagel bakeries are coming to London.

It's all part of The Good Egg's Beer + Bagels series. They've persuaded some really interesting folk to head on over to London to create signature bagels available for one night only every Monday throughout summer.

And there'll also be a bagel from London's DJ BBQ on 6 August, inspired by his family’s roots in the American Deep South.

To run alongside the guest bagels, the beer offering is being curated by the London Craft Beer Festival and The Bottle Shop, offering London's finest from Kernel to Brew By Numbers, Brick, Hackney CRATE and Pressure Drop.

To launch the whole thing, they're holding a party on 18 June where DJ BBQ and the BBQ Zoo crew will be on the decks and guests will get to try smaller versions of each of the guest bagels accompanied by sides including Tahini Mac and Cheese and Zoo Fries, followed by a North American-inspired version of The Good Egg's chocolate bark.

How to book: book online. Tickets for the Beer + Bagels Party on 18th June will be £30 available via: thegoodegg.co/beerandbagels