The Glenmorangie Unseen Bar pops up in Soho 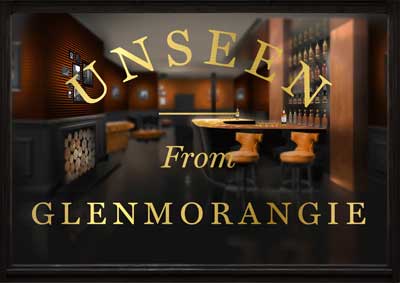 Fancy yourself as bit of a whisky connoisseur? You might want to take note of a new one week pop-up coming to Soho. The Glenmorangie Unseen Bar is the first popup from the Scottish distillery where you'll get the chance to try the single malt both on its own and in a range of cocktails.

If you really want to delve deeper, The Glenmorangie Vault, an exclusive room at the back of the pop-up, will serve up the company's rarest whiskies.

Thankfully there's going to be some food to go with all of this. So you can try everything from dark chocolate or cheeses paired with whisky from Glenmorangie’s Prestige range, 18 year old, 25 year old and Signet and even the exclusive Glenmorangie 1963 and Pride 1978 will be on offer by the dram.

The Glenmorangie Unseen Pop-Up will be at 15 Bateman Street, London W1D 3AQ from 13th-21st March from 5 pm to midnight.(Closed on Sunday 15th March). Keep up with their news on Twitter @theglenmorangie