The Freakshake is starting to conquer London

One emerging trend we're starting to see coming to restaurants and cafes is the Freakshake. What is that, you may ask? It's a new Australian import that is, as far as we can see, what happens when someone starts making a milkshake and just doesn't know when to stop. A drink version of The Homer, if you will.

Expect to see MANY more of these in London over the Summer, but for the moment, here are three that you can get in London right now... 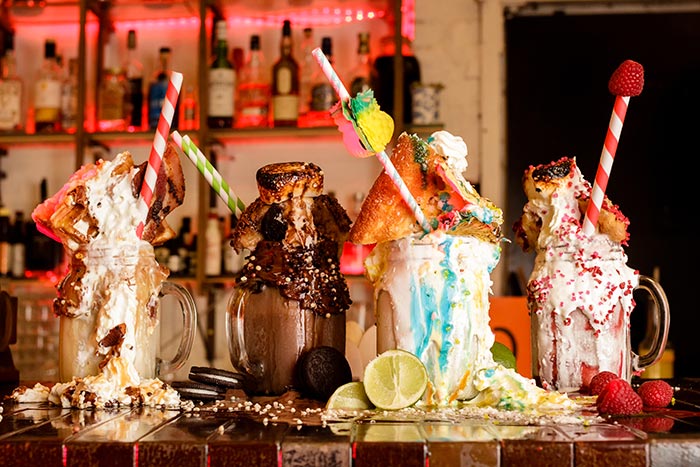 Originally a pop-up in Dalston, Le Freakshaker has found a permanent home in Pond. Expect the same shakes that appeared at the pop-up - starting with chocolate, peanut butter, raspberry and caramel flavours before going completely crazy and adding every ingredient in sight. Plus you can expect "hard" freakshakes here - because why stop at adding sweet things when you can add alcohol too? And you can also add them to Pond's new "Hip Hop High Tea". 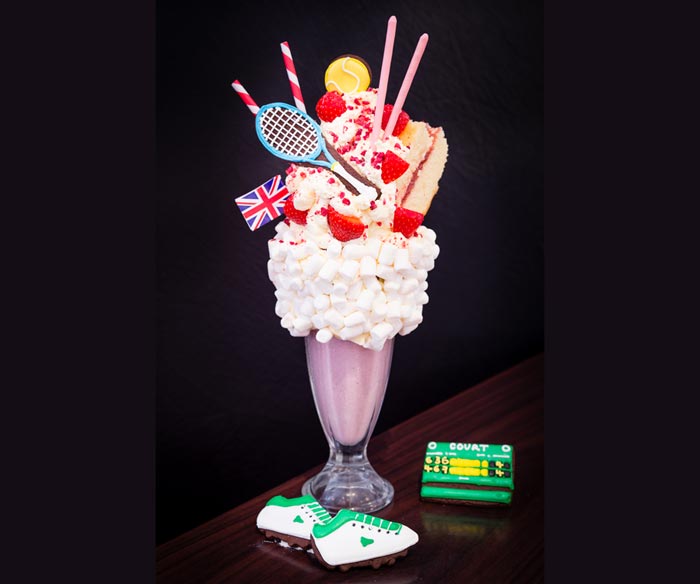 The Diner has actually teamed up with New York burger joint Black Tap to create this monster (when they introduced it in New York, there were cronut rivalling queues). 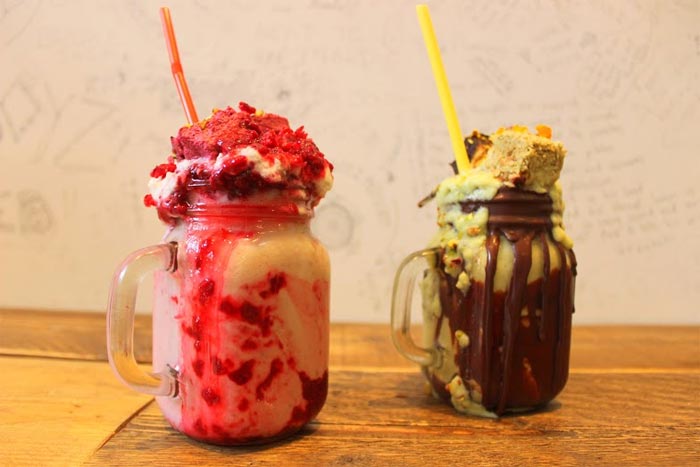 Now vegan freakshakes may SOUND healthy - but other than their vegan-ness, Canvas Cafe aren't holding back either. They have a  raspberry, coconut with raw beetroot cakes freakshake, an avocado, chocolate and raw matcha cake freakshake and more. They've made vegan meringues, using 'aquafaba' too, for that real freakshake feel

The Vegan Freakshakes are on the menu at Canvas Café now.

And on top of all that - make sure to head to the London Ice Cream Festival by Yelp which promises to have all manner of freakshakes on offer on 16 July.