[SIGPLUS_EXCEPTION_SOURCE] Image source is expected to be a full URL or a path relative to the image base folder specified in the back-end but /blog/2015/gypsyqueen/gallery is neither a URL nor a relative path to an existing file or folder.
0
Shares 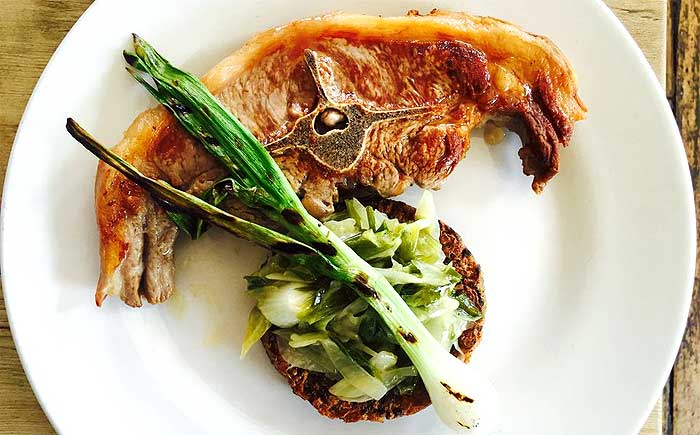 Kentish Town is about to get a new pub. Well actually it's an old pub, given a new look, but an old name. Confused? Let us enlighten you.

What was most recently The Bluebell and before that The Westport Inn on Malden Road, was for years before that known as The Gipsy Queen. Now the couple who run popular nearby gastropub The Grafton, Susie Clarke and Joel Czopor, have taken it over and are planning to reopen it at the end of June. And they're giving it back its original name in the process.

The Gipsy Queen will be run by Susie's brother Aidan, who's also been working at The Grafton. Head Chef Tom Humphries will lead the food operation both at The Grafton and The Gipsy Queen. Hot Dinners was given a sneak preview of the menu which includes:

On draught will be Camden Hells and Beavertown, among others, and there's an interesting wine list and cocktail menu (including Gingerbread Old Fashioned) - but the cocktails will probably be rolled out over the opening weeks.

What's probably most of interest, as we hit the summer months, is the opening of the pub's hitherto unused back garden. "We’re hoping to bring a little cuban flavour to The Gipsy Queen’s garden," Susie told us, "bright colours, festoon lights strung back and forth, fixed booths and covered areas. The length of the garden is canopied by gorgeous cherry trees from which we’ll hang lots of twinkly lights and there are plenty of sun-soaked spots as well for the sun seekers."

The Gipsy Queen officially opens on Friday 26 June 2015 at 166 Malden Road, London NW5 4BS with a party kicking off at 6pm. They'll be open the week before in the run up to the official opening and offering 50% off food. You need to book 24 hours ahead for the soft launch by emailing bookings@thegipsyqueennw5.co.uk or by calling 0203 092 0598. Keep up with their news on Twitter @gipsyqueennw5