The Five Pork Burger is back at Hawksmoor 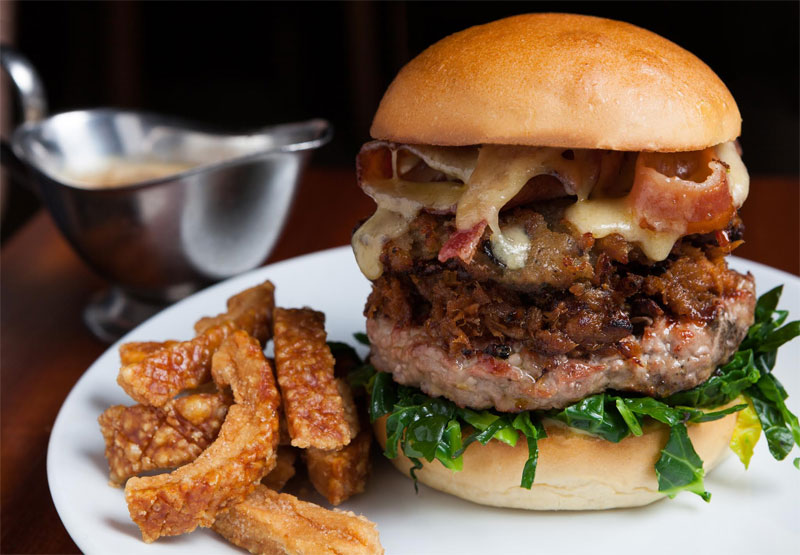 After having seen the above photo, it's pretty much the only thing we want to eat now. It's the majestic Five Pork Burger that's now back on the menu at Hawksmoor Seven Dials.

And all that pork comes from:

All that comes at £16 which includes triple cooked chips, beef dripping fries or English lettuce and herb salad. It is, indeed, a pork-lover's dream.

The Five Pork Burger is on the menu at Hawksmoor Seven Dials, 11 Langley St, London WC2H 9JG, until the end of April 2017. For more, follow them on Twitter @HawksmoorLondon.