While the rest of you have been away on your hols, chefs across the country have been working hard on their entries for The Hot Dinners and Chase Smoked Vodka Bloody Mary Challenge. And what entries they were. We've been totally impressed by the ingenuity shown in coming up with innovative Smoky Mary recipes and frankly it's been a tough old job whittling them down to a shortlist. But whittle we did and here are the six finalists that made the grade.

Each of them will be preparing their creations for a panel of expert judges (and us) at The Running Horse pub in Mayfair next month. What's at stake - apart from reputations - is the chance to win a stay at Chase's Provencal vineyard Chateau Constantin as well as a case of smoked vodka, a case of potato vodka, a case of GB gin and a case of Chase's new rose for the winning chef's restaurant. So keep tuned and we'll bring you all the fun from that evening - including the winner's announcement - next month.

"Chefs can be even harder to pin down than bartenders, but I'm delighted with the calibre of entries from world renowned chefs all over the UK.," says James Chase. "The Bloody Mary in my eyes has always been more of a meal than drink and that's why this competition was well suited for chefs, we have been amazed with what's been created, truly another level."

Popular London pop-up The Bloody Oyster devotes itself to two things only - oyster and "the perfect Bloody Mary", so it's probably no surprise that this oyster-led offering made our shortlist. 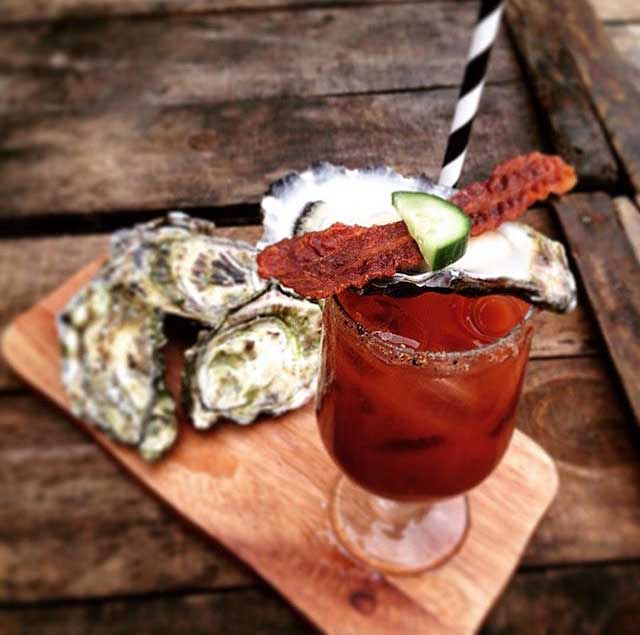 This fourth restaurant in the Salt Yard group devotes its menu to cooking over wood and fire, so the fit with Chase's smoked vodka was a natural one. 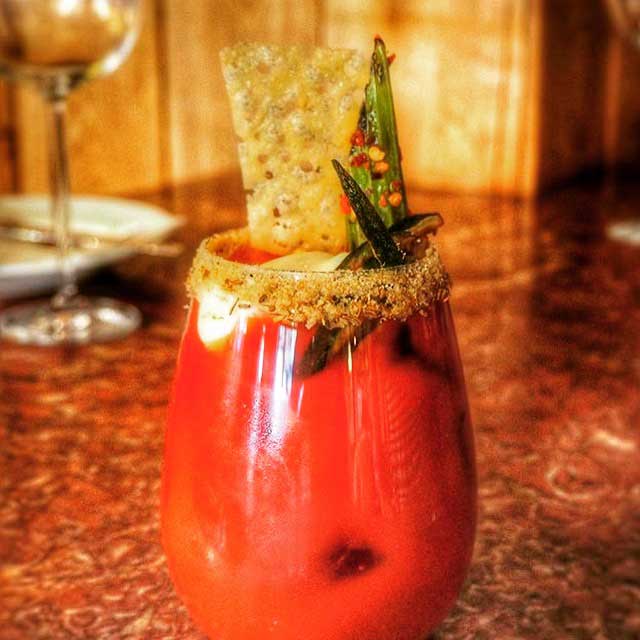 3. The Harrow at Little Bedwyn

Michelin-starred chef Roger Jones has built a reputation for the drinks offering in his Wiltshire pub. We particularly loved his idea for dipping the glass rim in Exmoor salt and caviar. 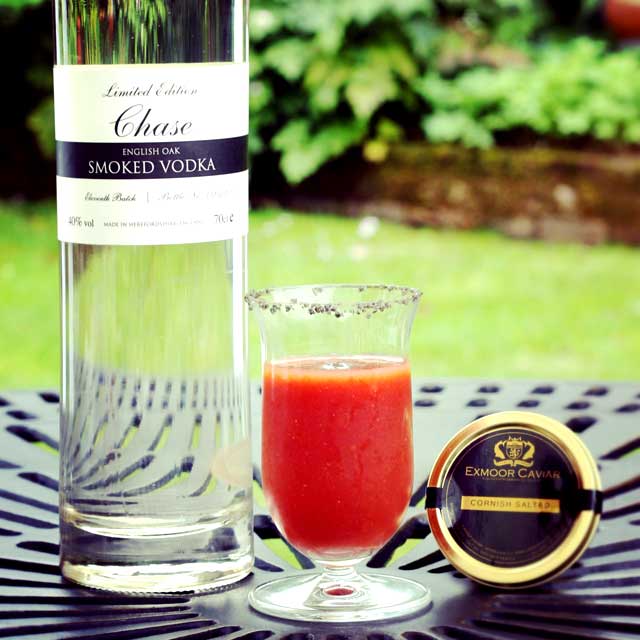 Chef Ben Cooke prides himself on using local produce in his restaurant on the Isle of Wight and what better produce than Isle of Wight tomatoes for a Bloody Mary? 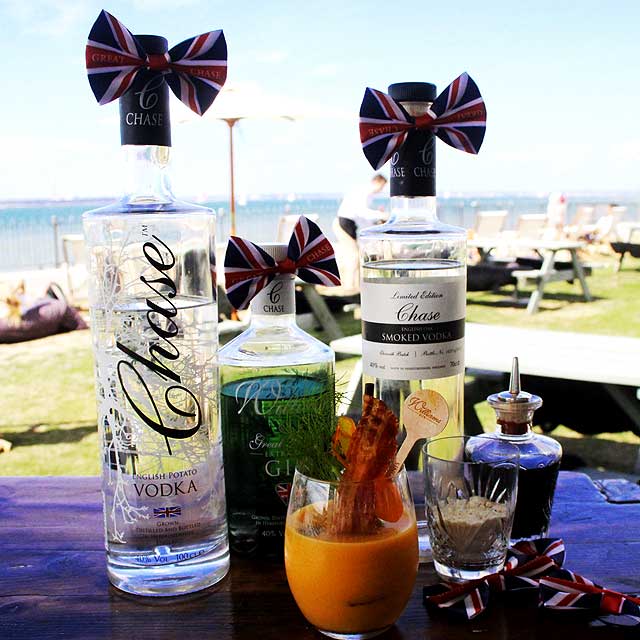 Chef Omar Allibhoy is a Spanish chef on a mission to bring Spanish food and its culture to the UK - and his idea to infuse Chase smoked vodka with smoked chorizo was inspired. 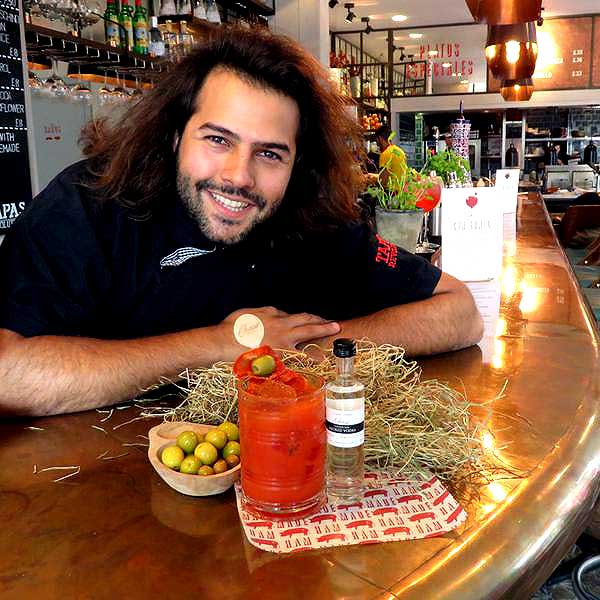 Trained chef turned Group Operations Director at Marcus Wareing Restaurants Chantelle Nicholson came up with this bottled Smoky Mary for Tredwell's. We particularly like the sound of the guindilla pepper, chorizo and caperberry garnish. 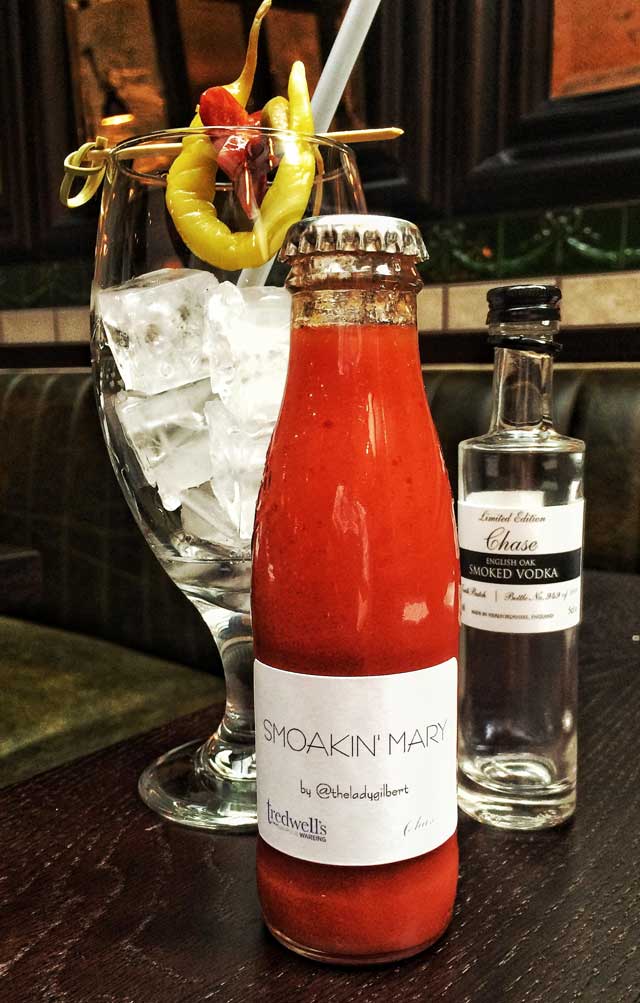 Each of the above will be preparing their creations for a panel of expert judges (and us) at The Running Horse pub in Mayfair next month. Stay tuned for more news on that soon...