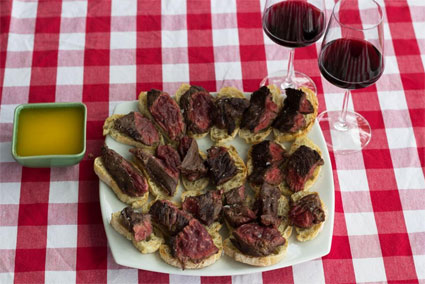 The latest roaming pop-up to settle down is Southern American cuisine specialists The Fat Bear, who begin a long-term residency at the Rising Sun next week.

You'll have seen them pop-up in Soho before and they'll be at the St Paul's pub into 2015.

What to expect from the Fat Bear

They'll be bringing a menu of regional American food (especially Southern) to St Paul's. So that means favourite dishes from previous incarnations, including gumbo, pimento cheese, and biscuits & gravy. They'll be adding new dishes too - including fried chicken livers, Cajun meatloaf, New England clam chowder and shrimp & grits. Other things to expect are:

Cocktails with a rum and bourbon focus will appear too as well as alcoholic slushies. They also say they'll be serving "the only Pickleback with the official approval of its creator, the Bushwick Country Club in Brooklyn". Expect a focus on American wines too.

Plus special events including "Beefsteak Bacchanalia" - that's an "all-you-can-eat evening with the finest beef and wines" and they'll be doing a weekend brunch too.

Where is it? Upstairs at the Rising Sun Pub, 61 Carter Lane, London, EC4V 5DY