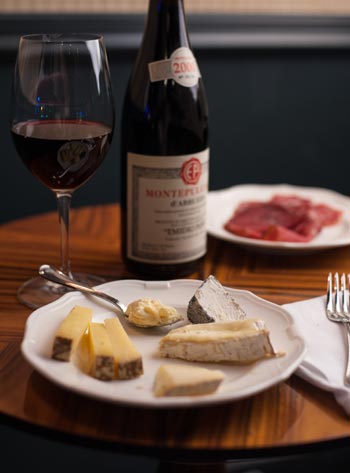 Giving us yet another reason to head to Covent Garden, the people behind the Experimental Cocktail Club will open their next London venue towards the end of the year called Compagnie des Vins Surnaturels Seven Dials.

Sharing its ‘supernatural’ name with its much-acclaimed Parisian sister site on Rue Lobineau, the wine-bar-cum-restaurant will offer a comprehensive wine list (developed by sommelier Julia Oudill and Nic Smith, Wine Director & Sommelier for Experimental Group) steering clear of the mainstream.

Instead the regularly changing selection of 400+ wines will focus on lesser-known bins from small producers around the world, promising to offer only the ‘cleanest wines from hand-laboured vineyards’. A team of experts will be on hand to help guide grape lovers across the globe  – from the slightly sweet Rieslings of Egon Müller from the Mosel vineyard in Germany, to the distinctive Assyrtico made by the biodynamic winery of Hatzidakis in Santorini, Greece. Try remembering all that after a glass or two.

They're also focusing on some rising stars from very divers locations. These include wines from the slopes of Mount Etna from 2012 Italian winemaker of the year Vito Catania of Azienda Gulfi and also from 650 meters above sea level - with the wines from Dominik Uber from the Terroir al Limit winery in Priorat, Spain.

The venue on Neal’s Yard will also offer food - taking British ingredients and injecting them with French flavours (to be paired with the wines of course). On the menu will be Truffled ham with toasted sourdough, crispy baby squid, espelette pepper and vinegar, mountain chicken (buttermilk fried frogs legs) with lime and smoked paprika and Burrata with pomegranate and pumpkin seeds.

It all comes from the Experimental Group, who already have the rather-hard-to-get-into Experimental Cocktail Club in London and  more eating and drinking spots around the world. These includes Experimental Beach in Ibiza which opened earlier this year, underground Parisian hangout The Beef Club & Ballroom, and a New York version of ECC in Lower Manhattan. We're always in favour of a new central London wine bar, so it’s fair to say we have grape expectations for this one (sorry, we couldn’t resist…)