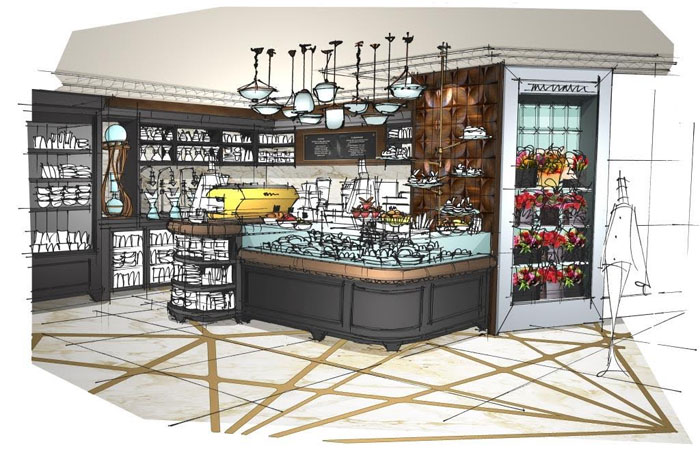 There's a new addition to The Dorchester that's opening in October. Yes, they're getting into the artisan coffee market with a new cafe called Parcafé, just next to their ballroom. They're aiming for a luxury coffee experience, with an emphasis on adding Dorchester style service.

They'll be serving Alchemy coffee, teas and fresh juices, pastries, sandwiches and salads. Plus there will be cookies, cupcakes and home-made fudge too. So if you're lucky enough to be staying in the hotel there's a new way to grab a bite while you're there (or indeed if you're passing by, as it'll have a separate entrance). And they'll also have flowers from the resident Dorchester florist, Phil Hammond.

Parcafé opens at the Dorchester on October 1, and will be open seven days a week from 6.30am till 11pm. . For more, follow them on Twitter @TheDorchester