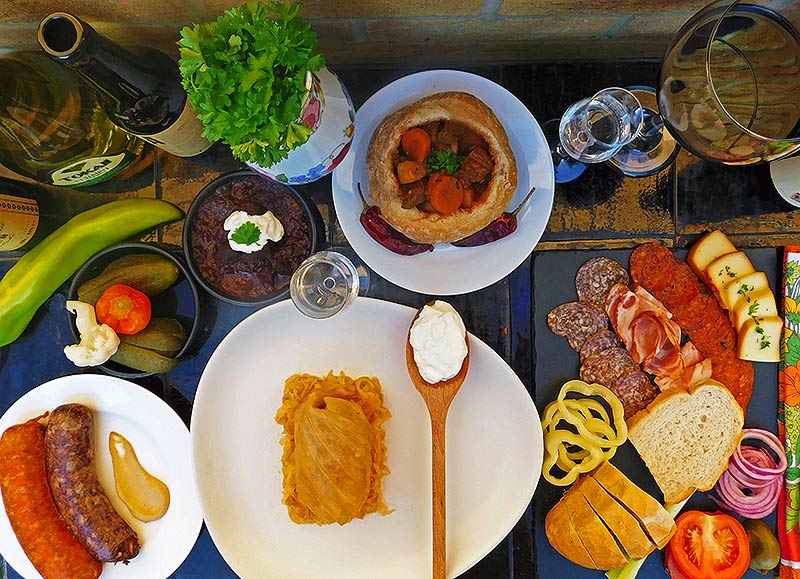 Italian-meets-Hungarian pop-up Pasta 'n' Goulash will return once more to its spiritual home in Cambridge Heath, when it revives The Budapest Bar & Kitchen for a three-month residency.

Underneath the railway arches, they'll be distilling down hearty Hungarian cuisine into more manageably sized sharing plates. That's so you can sample a wide range of flavours across many dishes, instead of say, having to take on a single head-sized bowl of stew.

Some of the options you'll have will include:

With such a spicy, salty ingredient list, it's good to see plenty of attention on the drinks menu. On the beer front, there'll be a selection of 12 bottled beers imported from around European, padded that out with a few seasonal drafts. Meanwhile, on the wine list, there'll be representation from less well-known regions like Tokaj, Eger, Villany with many wines available by the glass.

Finally, for the brave, you can, and probably should try a fiery fruit brandy called Pálinka, which the NY Times has dubbed "the drink that tastes like a slap in the face."

Booking in advance is strongly recommended, but if you miss out don't worry too much - the team are planning their first permanent opening next year so watch this space.

When: 4 October (Until Christmas)