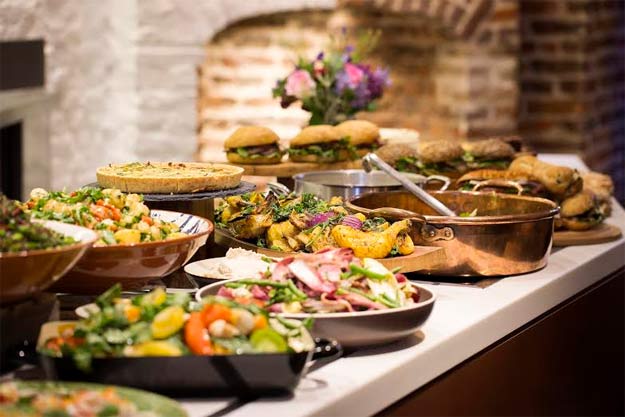 There's a new coffee house, The Black Penny, heading to Great Queen Street next week. Billed as "bridging the gap between fast food and gourmet gastronomy" it's a mix between a coffee house and cafe/restaurant. The place is named after 17th coffee houses which were known as Penny Universities - you paid a penny for a cup of coffee and admission.

During the day there's a changing menu of British influenced seasonal food. Some examples of those so far are:

There will be a larger drinks list, but obviously coffee will be their main thing. They're working with leading coffee roasters Alchemy for that. They'll also have a retro notice board, with areas within the venue where anyone can display posters for events, talks and lectures in the area.

The Black Penny opens 12 May at 34 Great Queen Street, London, WC2B 5AA. Telephone 0207 242 2580. They'll be offering coffee or lunch for a penny on the opening day with coffee from 7am and dishes from 11am. Keep up with their news on Twitter @blackpennyWC2 .

PLUS - We have a very special Hot Dinners reader offer for The Black Penny. Click here for details.