It's nearly time for National Burger Day - where places all over town will have 20% off burgers all...day...long. So you might as well start planning now for a burger-centric day. All of the very best burger joints in town are taking part so you can always go for a classic, but we're rounding up some of the special burgers coming your way this year. 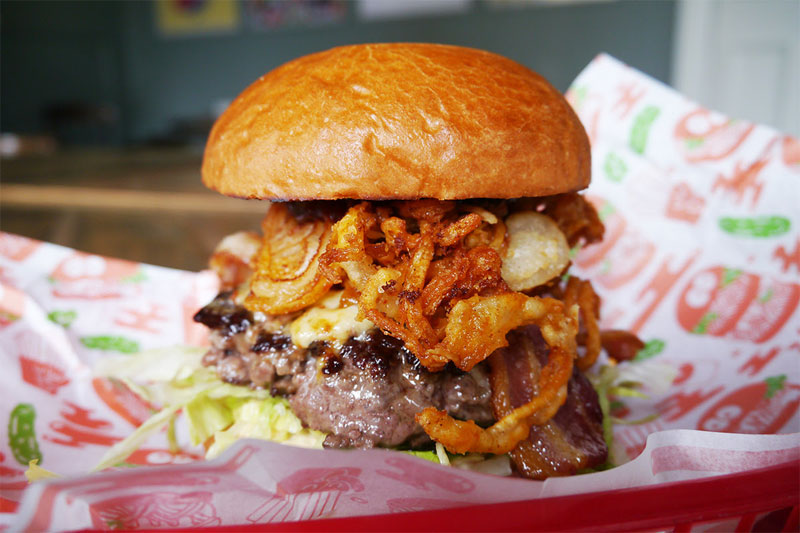 Burgershack will be running two specials for the day. At the Royal Oak is the Smokestack (6oz aged beef patty, oak-smoked cheddar, smoked bacon, BBQ sauce, crispy onions, iceberg lettuce and chipotle mayo in a brioche bun) and at The Social, they have Big Shack (2 x 3oz smashed beef patties, American cheese, Big Shack sauce, sour pickles, onions, iceberg lettuce, all housed in a double cut demi-brioche seeded bun). Just for the day and with 20% off, of course. 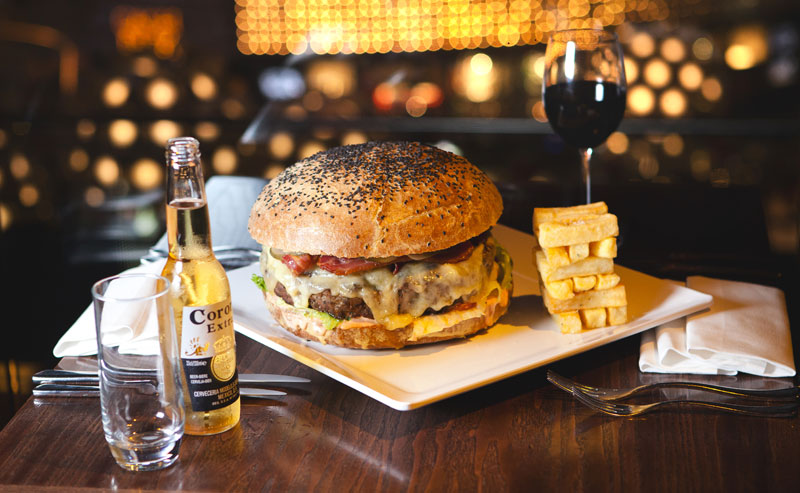 This will probably be a little much for most folk... Heliot Steak House have launched the King Burger. That's 2kg of USDA prime beef, topped with 10 slices of streaky bacon, tomatoes, 15 slices of Monterey Jack cheese, half an Iceberg lettuce, 500g of truffle sauce, 4 dill pickles annd some hand cut chips on the side. It's £70 for all of that (for sharing, obviously). You'll need to order it 24 hours in advance and it will be 20% off on the day. 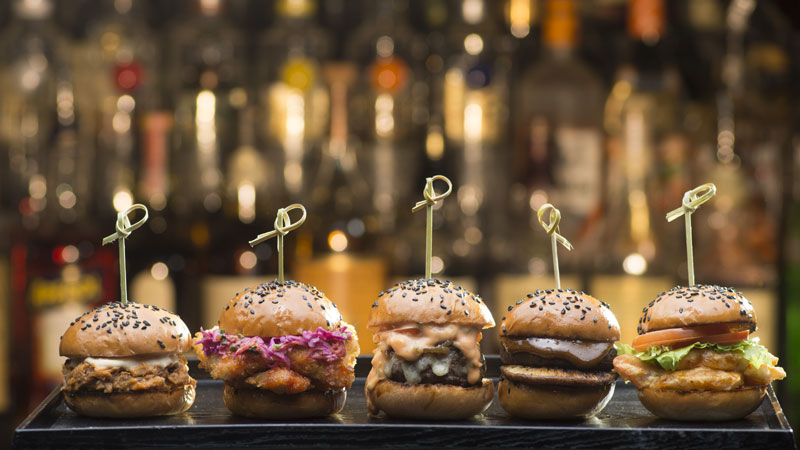 The Lil BRG platter from STK

STK have their Lil BRGs available until 29 August as a sharing platter of five - and that includes the including the signature wagyu beef burger with STK secret sauce. 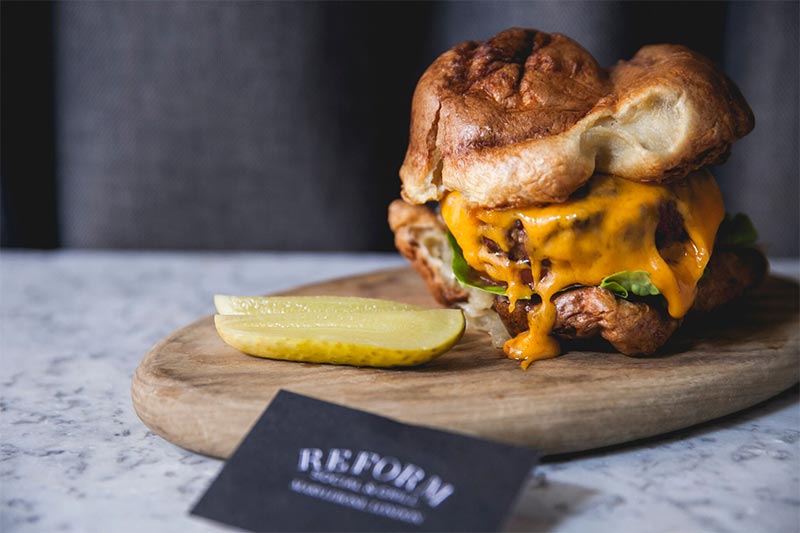 Reform Social and Grill is already well known for their Yorkshire Pudding specials, so a Yorkshire Pudding burger was the next, obvious step. Inside that pudding is an Angus beef & bone marrow patty, served with ogleshield cheese & horseradish mayonnaise. It's on the menu now for £10.95 with chips. 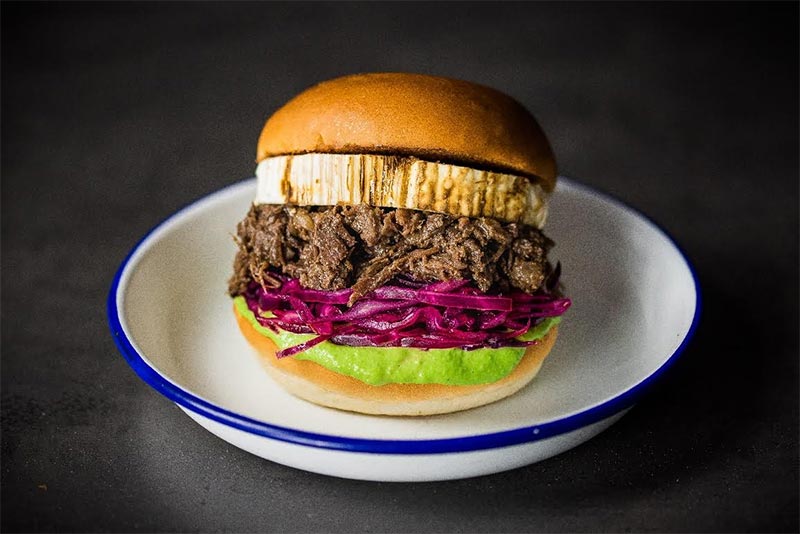 This is the special from Dirty Bones (Kensington and Soho) and it features 16-hour braised curried goat, Jamaican jerk slaw, caramelised goat’s cheese, tangy chilli verde in a brioche bun. 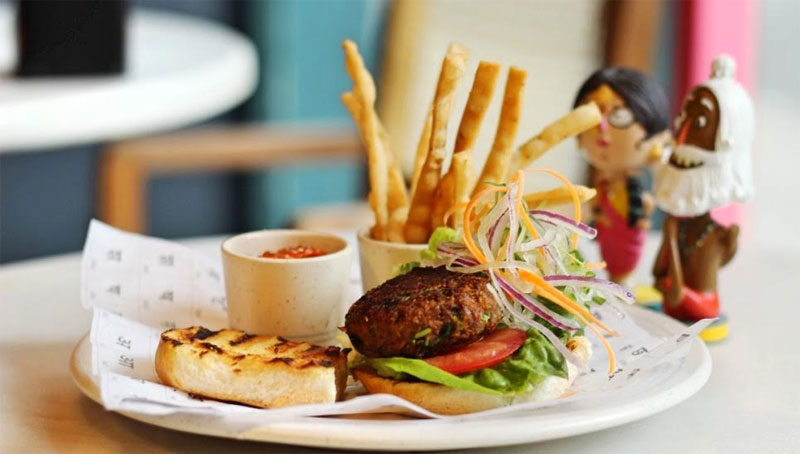 This is a “Pulled Red Meat” burger, inspired by the Rajasthani Meat Curry from which it takes its name. It's a patty of pulled lamb cooked with red chillies and whole spices, topped with Lasooni Chutney Mayo and kachumber slaw, served in a traditional Indian pao bread with a portion of namak para crisps (crunchy, fried strips of savoury pastry delicately seasoned with carom seeds) on the side. It's available from 25 August to 1 September for £8. 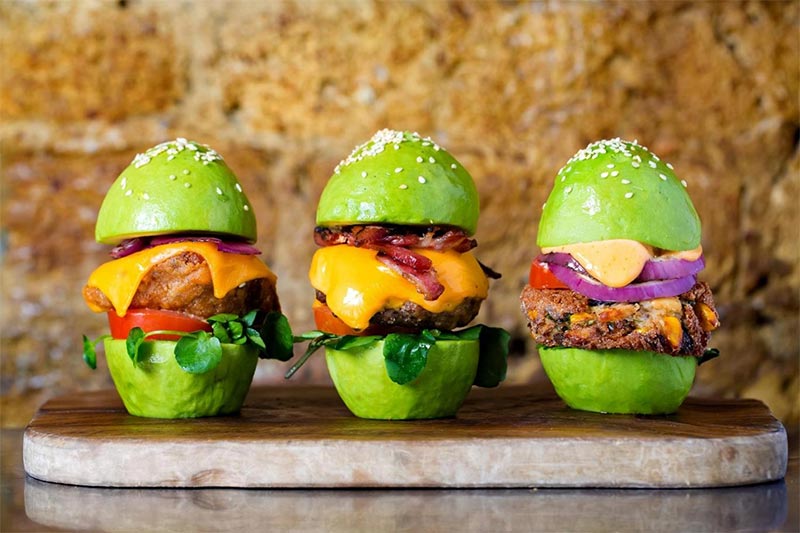 Yes, these are sliders made from avocados and yes, we can't imagine eating those without it all going everywhere. There's a cheeseburger, southern fried chicken and veg slider too. 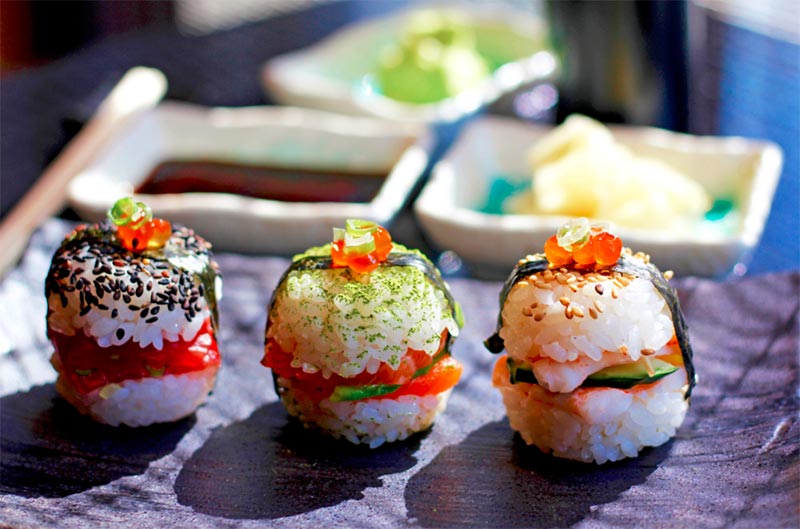 OK, so there are no actual burgers here, but the Adnaz hotel's Miyako is still getting into the spirit of things with these sushi sliders added to the menu for the 25th (and they will have 20% off all sliders too). These are Raw Salmon & Avocado, Raw Tuna & Spring Onion and Prawn & Cucumber topped with Matcha, Ikura and Sesame Seeds 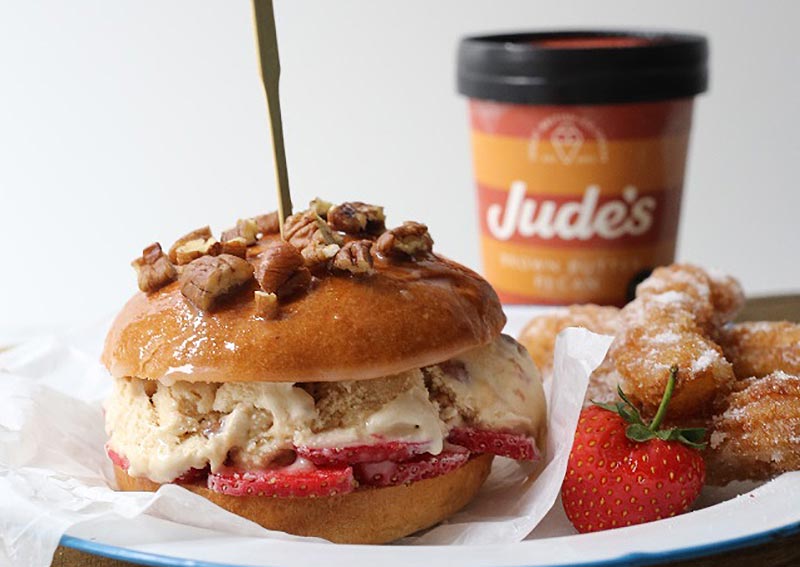 A dessert burger now, from ice cream purveyors Jude's. This mixes their new Brown Butter Pecan ice cream with a strawberry ‘patty’, is sandwiched between a toasted brioche bun and topped with a sprinkling of nuts. You can get it from their striped horse trailer in St James’ Park, London from Thursday 25 until Saturday 27 August.

#NationalBurgerDay's coming and in its honour our chef has created an Asturian burger available for one day only. pic.twitter.com/ROO3z46oJb

Y'all ready for #NationalBurgerDay ??? We defo are. So much so we couldn't contain our excitement any longer and decided to launch our bad boy burger Special 'The Beast' a little early. Available from tomorrow (Tues 23rd) though to Sunday 28th, it's a pork and herb patty, crispy bacon, American ?? mustard, ketchup, grilled kale, beef tomato, melted Swiss, topped with a fried egg in a glazed demi-brioche bun ? Each one is served with a side of potato hash ❤️ We're going to be donating £1 from the sale of every Beast burger to our upcoming charity challenge, which sees 32 Breakfast Clubbers take on 5 marathons in 5 days across the Florida Keys in October. We're raising money for a cracking charity called Create who support young carers. More info on Create and what else we're doing to raise money can be found here https://mydonate.bt.com/fundraisers/thebreakfastclub1 #TheBCBeast #BCTrackClub