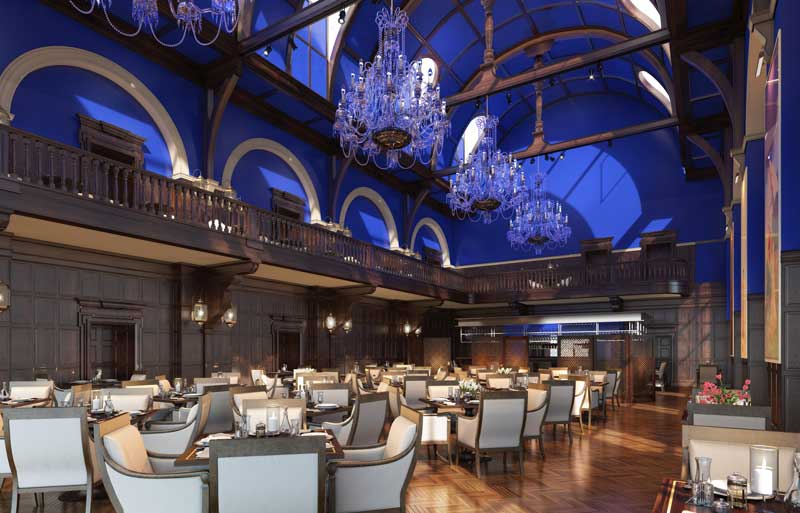 What: The Baluchi at The Lalit

In a nutshell: High-end Indian comes to town

Summing it all up: The Baluchi is best known abroad as a high-end Indian restaurant that's in luxury hotels throughout India. Now it's coming to London as part of the new Lalit hotel.

High-end Indian restaurant the Baluchi will be opening its doors in the UK for the first time this January. Normally found in luxury hotels throughout India, it'll be following the trend by opening in upmarket The Lalit London on Tooley Street.

The food on offer is plenty inventive, and has a diverse selection of flavours from all over the country, with dishes from Kashmir, Bengal, Kerala, Goa and more.

The kitchen will be looked after by executive chef Arup Dasupta, who boasts a career spent travelling the world to perfect his culinary learnings. There’ll be ingredients from far flung destinations as well - Kashmiri Gucchi mushrooms from the foothills of the Himalayas, and a selection of teas from the Tea Lounge of the hotel’s sister branch in Kolkata.

Meanwhile, in the frankly stunning dining area, guests can feast their eyes on a visual spectacular thanks to the vaulted ceilings, handmade cobalt chandeliers, and Indian furniture and tapestries.

If you’re after something a bit lighter, you can have some home baked bread at their bread bar, the Naanery. Or, head to the nearby Baluchi Gallery for a spot of traditional English tea time snacks with an Indian twist, like their Bangla Scotch egg, served with kasundi relish and Punjabi samosas.

More about The Baluchi at The Lalit

Where is it? The Lalit Hotel. The Great Hall, 181 Tooley Street, London SE1 2JR

When does it open? 27 January