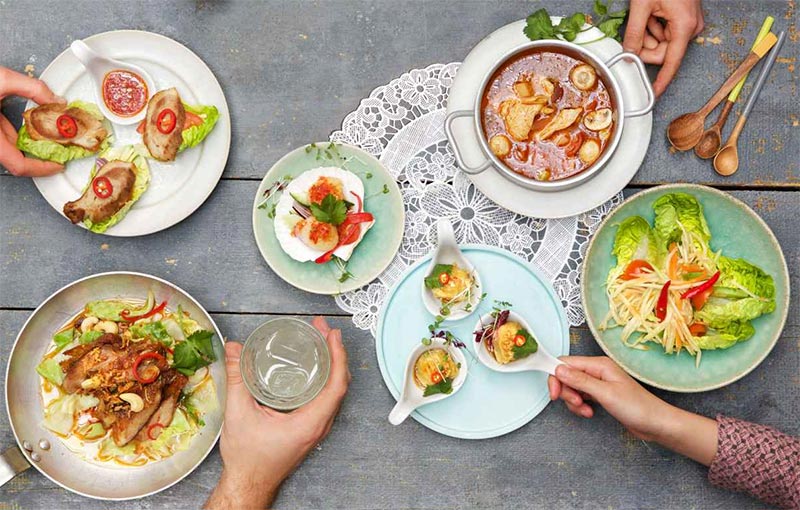 In a nutshell: Successful UK Thai restaurant comes to London.

Summing it all up: After a more-than-successful run opening new restaurants up and down the country, Giggling Squid have finally taken the plunge in the capital by deciding to open a branch in South West London, bringing with them lots of traditional Thai flavours, plus a separate vegetarian and children’s menu.

With a whopping 21 different venues throughout the UK, it seems about time that Thai restaurant Giggling Squid open their first London branch. They’ve finally decided to take the plunge and will bringing all manner of traditional delicacies to Wimbledon Village, including a special menu just for children.

Some of the dishes we’re expecting to see on the menu includes their fiery papaya salad, loads of stir fries with your choice of protein, and of course, the squid gra pow with basil and loads of spicy chilli sauce. Veggies will also be looked after with a separate vegetarian menu with dishes like cashew curry and a spicy veggie chilli with basil gra pao.

As is the case with the rest of their restaurants, there’ll be the option to go for Thai ‘tapas’ (also known as small plates) so you can go ahead and order pork dumplings, chicken satay, tom yum chicken AND salt and pepper squid without feeling *too* guilty about your levels of greed. Kids will be catered for as well with a child tapas menu, which includes mild curries and plain rice more suited to younger tastebuds.

There’s plenty of reasons to believe Giggling Squid will have all the makings of an authentic Thai joint, from the team of Thai chefs who’ll be manning the kitchens and Thai-born Pranee Laurillard overseeing the operation with her husband.

More about The Giggling Squid

Where is it? Wimbledon Village, London SW19 5EQ