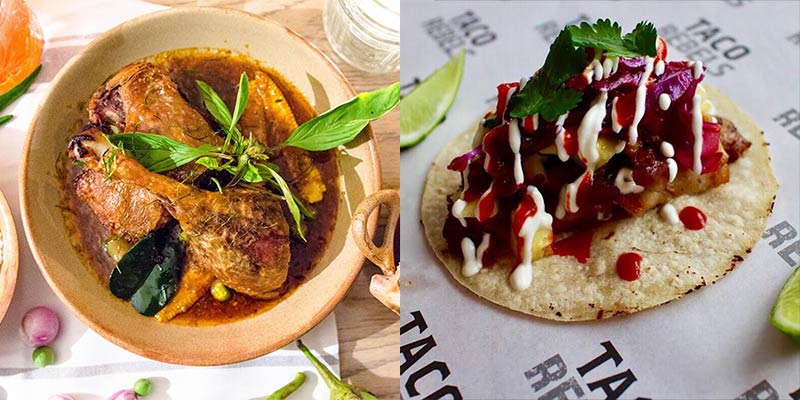 Is there any pub in London that loves a pop-up more than Clapham’s The King & Co? They’ve just announced their n’th (we've genuinely lost count) residency, this time splitting kitchen duty between Tem Ban and Taco Rebels.

It’ll be Tem Ban’s second time taking control of the kitchen, which will see head chef Craig Broadhurst (Smoking Goat, The Begging Bowl) returning to dish up Thai food galore from Wednesday to Sunday each week. If you’re heading down, then you can expect grilled corn on the cob with salt coconut cream, red duck curry with ginger and their pork belly salad with crispy fish flakes.

Then, for the first two days of the week, it’ll be relative newcomers Taco Rebels serving up tortillas with ‘fusion’ fillings, like pork belly with pineapple and ginger salsa, beet balls with spiced carrot hummus, and their “Slumdog Muttonaire” lamb shoulder curry with raita slaw. So quite all over the place, but probably quite an exciting menu for those who are a few pints down. Taco Rebels will also be offering an increasingly omnipresent #TacoTuesday deal, where in this case, it’ll be five tacos for £15 or three with Lock ‘N Load Nachos.

It’s worth mentioning that in mid-September, the pub will also be throwing a birthday party, separate to the pop-ups. It’ll be rife with collaboration brews, limited editions drinks and other esoteric beers from breweries chosen by the pub’s owner. Never a dull moment, it seems, at The King & Co.