Taste of London sets out its stall for 2015, adding Clove Club, Modern Pantry 2 and more

It's that time of year where both the Taste of London tickets go on sale and their photographers get a little on the creative side. Last year brought us Dan Doherty with an octopus on his head and Gizzi Erskine covered in bulgogi marinade. This year, they're just as creative...

Anna Hansen who loves a really good piece of meat, particularly pig - “I feel honoured to be hanging next to such a handsome beast!” 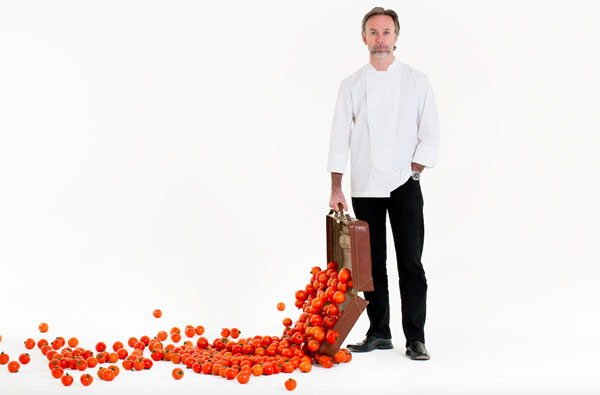 Marcus Wareing, who says "I am a huge fan of travelling, it helps clear my head and gives me a lot of inspiration for my restaurants and dishes. Tomatoes are one of my favourite as I love their versatility and flavour." 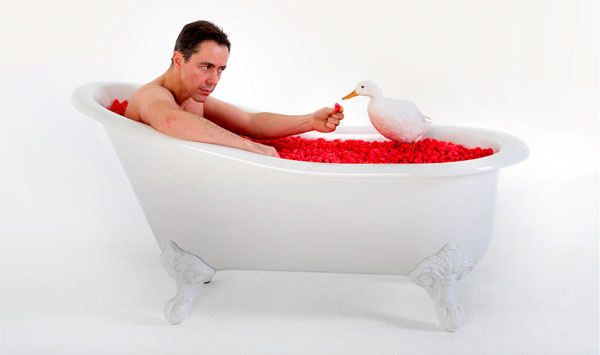 Perennial Taste winner Pascal Aussignac - “I love candy, and especially the French sweet Tagada. This year at Taste of London I will be combining my two passions and creating a dessert using sweets and duck, you will need to try it to believe it”. 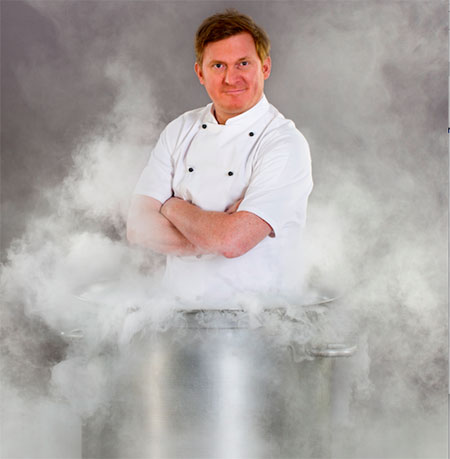 Ian Pengelley loves to create theatre at the table and bring the dining experience to life, over and above what is on the plate - so they decided to "cook" him.

As for Taste itself, we can expect:

A “Flavours of the World” theme, which showcases the melting pot of flavours that make up the London restaurant scene. A line up with 50% new restaurants including:

Coming back for more are House of Ho, L’Anima, Club Gascon, Spice Market, Opera Tavern, Duck & Waffle, Sushisamba and Roka. Plus, Auction Against Hunger will return with their special stand, the 5* Grill for 2015 - this year created by Bruno Loubet, Sabrina Ghayour and Cyrus Todiwala with two more star chefs to be announced.