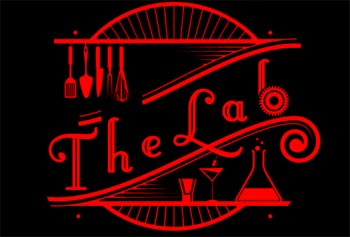 Latest additions to the Taste lab are Bubble Food. They'll be showing off Liquid Nitrogen Poached Mousses and even give you the opportunity to make "molecular caviar". They'll also be demonstrating their "spherification technique" where various ingredients - like olives -  are turned into liquid and then injected into a bath of calcium to form into a bubble. You'll be able to taste the finished result, as the olives literally dissolve on your tongue. New tickets have just been released at www.thelabevent.co.uk.

We've just heard that Danny Bowien - the chef behind hotter than hot Mission Chinese Food with restaurants in San Francisco and New York - will be at Lab for all three nights. Voted a Rising Star Chef by the James Beard Awards in 2012 and 2013, he's gone on record as saying he plans to continue to expand the restaurant. Maybe this is his way of checking out London?

Tickets for Lab are going astonishingly fast - organisers expect it to sell out in the next 24 hours, so if you want them, you'll have to be quick!

Any doubts that food was the new rock 'n' roll should be dispelled by The Lab - an food event taking place in London next month with the world's top chefs, and DJs to boot.

Hosted by Gizzi Erskine, the three day happening will take place between 25-27 April at Tobacco Docks and is the brainchild of the people responsible for Taste of London. Billed as "an array of interactive experiences" it'll include top chefs on a live stage, a more intimate 'audience with' section, an interactive mixology lab and pour your own beer spot as well as an experimental cocktail bar.

The line-up is suitably starry, including Brazilian top chef Alex Atala whose Sao Paulo restaurant D.O.M, is currently fourth best in the world and Massimo Bottura whose three Michelin star restaurant in Modena Italy is fifth best in the world. Lars Williams (Noma’s head of research and development) will host and curate the Noma Flavour Test at The Lab, holding tutorials and masterclasses with surprise collaborations each night.

While the full line-up will be released closer to the event, tickets go on sale on Wednesday 27 March 2013 at www.thelabevent.co.uk. Standard tickets are a rather eye-watering £75 which includes 4 dishes and 2 drinks. With a nod to Taste of London's crowns currency, poker chips are the official currency used to collect food and drink consumed at The Lab and can be purchased onsite. The Lab will be open every evening between 6-11pm.