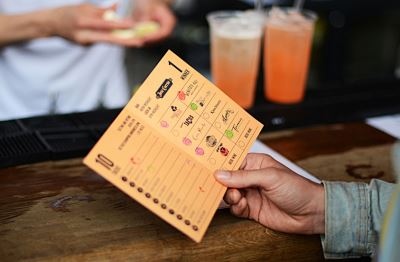 Taco Wars are back and this year the event will take place at Hawker House. Competing this year are the winners of last year's competition - Luardos as well as Breddos Tacos, Santo Remedia, Kimchinary, B.O.B's Lobster and Rita's with more coming.

As you'd expect from Hawker House the drinks offering looks to be every bit as good as the food with a special Tequila Bar by Jose Cuervo from 6pm until midnight and pint-sized classic Mexican cocktails on offer during the day. That enticing menu reads: Blood Orange Margaritas, Palomas and El Diablos, Tamarind and Chilli Frozen Margaritas and Chillibacks (a shot of tequila chased with a shot of Breddos pickled habanero juice).

Tickets are £35 for eight tacos, an ice-cream taco from Sorbitium, a pint of beer and a Jose Cuervo Pomegranate Margarita. They're going on sale at 12pm on 11 March - but you'll have to be fast. Last year's event sold out with a few hours.

If you're not lucky enough to nab one there's an after party from 6pm until midnight for just £3. The traders will be selling their tacos during the after party, and there'll be other Hawker House regulars there to celebrate its last night's run. Anyone holding Taco Wars tickets can just stay on and turn one hell of a day into a messy night.