Swingers crazy golf is coming back to the City 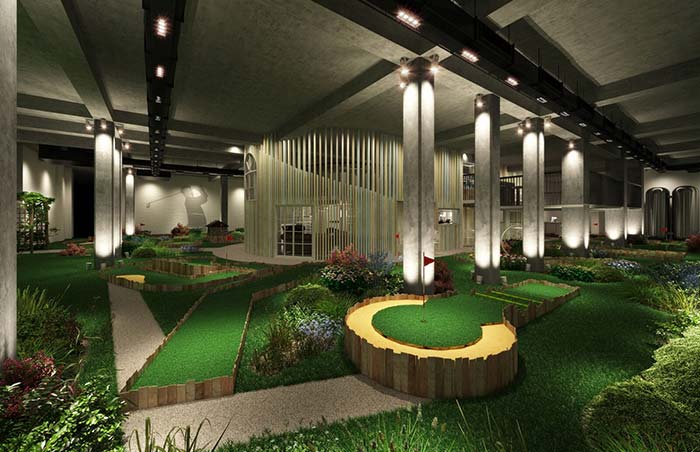 A huge hit when it opened for a brief time in Shoreditch, Swingers is on its way back so it's time to brush up on your crazy golf skills.

This time it's even bigger than before, taking up a huge space between Bank and Liverpool Street and we can only wonder how they managed to get such a big area of prime real estate. They're certainly focused on making the best of the space though, as the new Swingers has:

Patty & Bun will be serving up old favourites, as well as new dishes like the Veggie Melt and the golf-themed Colin Montgomery -an aged beef patty with streaky bacon, Montgomery cheddar, P&B’s special sauce in a seeded brioche.

There's no charge to get in so you can just swing by (excuse the pun) to check things out before playing a game.

Swingers will be at Brown’s Buildings – between St Mary Axe and Bury Street, London EC3A 4AF from Friday 27 May 2016. It'll be open every day from midday. Tickets are now for sale on their website with a 9 hole round £13, although you can enter the venue for free. You can also now make group bookings from for groups of more than 12 people from 6 June onwards, or hire the whole place out for 500+ people. For more, follow them on Twitter @SwingersLDN