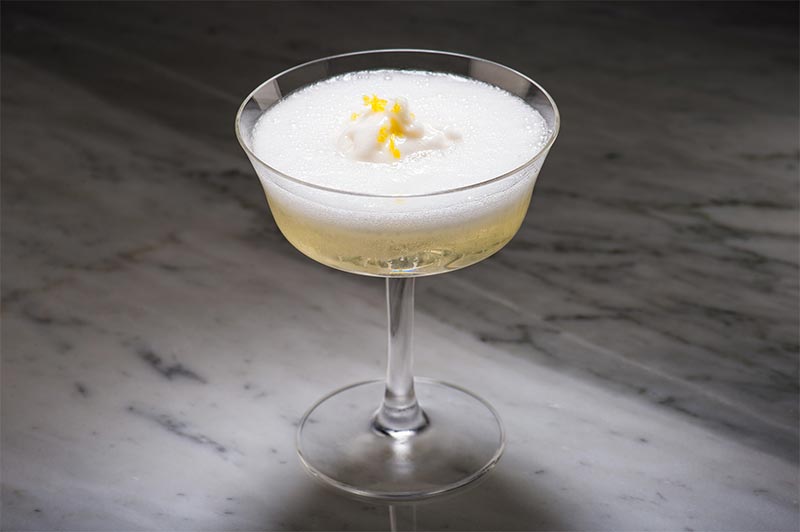 Cocktail duo Bobby Hiddleston and Mia Johansson will join forces with the team behind Night Jar to launch a new bar in the heart of Soho this month.

Taking the place of what was once the iconic LAB Bar on Old Compton Street, Swift will feature an 'elegant and grown up' cocktail offering. Staying true to its name, the venue will be characterised by slick, speedy service and will feature two distinctive bars spread across two floors.

Upstairs the operation will focus on serving those looking for a quick fix - a pre-prandial sharpener or maybe a final night cap on the way home. The menu will champion a selection of aperitif drinks with a focus on classic Martinis. We also like the sound of their Sgroppini - an Italian palate cleanser which mixes Lemon Sorbet and Prosecco.

Bar snacks and small plates will be served over both floors. Whilst native oysters with shallot vinegar are perhaps the natural accompaniment for a martini or two, it's their Guinness Welsh Rarebit with caramelised onion on sourdough toast which we really have eyes for.

Downstairs, the atmosphere will be a slower paced, relaxed affair - built for comfort with sofas, table service and a classic drinks list which leans more towards darker spirits. The space will also be home to a Whisky Library which offers unique but affordable drams  - another Soho spot where one might 'lose' a few hours on a cold winter's night.

Bobby and Mia, the talent behind the bar and will oversee the direction and development of the menu and will work in partnership with Nightjar and Oriole’s owners Edmund Weil and Roisin Stimson. The duo will bring their combined experience of working at venues such as Milk & Honey, Dead Rabbit, CalloohCallay and High Water to create what we’re sure will become one of Soho’s essential pitstops.