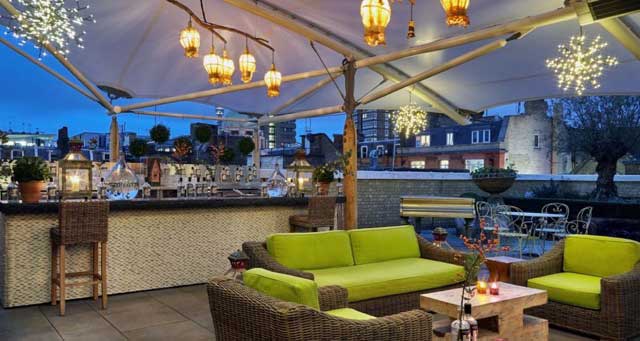 It may be cold enough to freeze the proverbial balls of a brass monkey out there, but if you are looking for some alfresco action this winter, then head to Soho. Sipsmith gins are going to be serving gin-laced winter drinks up on the Ham Yard Hotel’s hidden roof terrace from the end of January until mid-February.

Hardened Londoners can drape themselves in woollen blankets whilst sipping on Hot G&Ts and Steaming Juleps.How about The Smoking Bishop (apparently a favourite tipple of Charles Dickens) or The Original - a pairing of gin with gingerbread that was first developed during the Frost Fairs.

The hot gin pop up runs from Tuesday 26th January until Sunday 14th February (excluding Mondays) at Ham Yard Hotel, One Ham Yard, London, W1D 7DT. You'll need to buy tickets (at £14 each)  to timed sessions - that gets you a complimentary welcome drink and an introduction by one of the Sipsmith team. Keep up with their news on Twitter @Ham_Yard