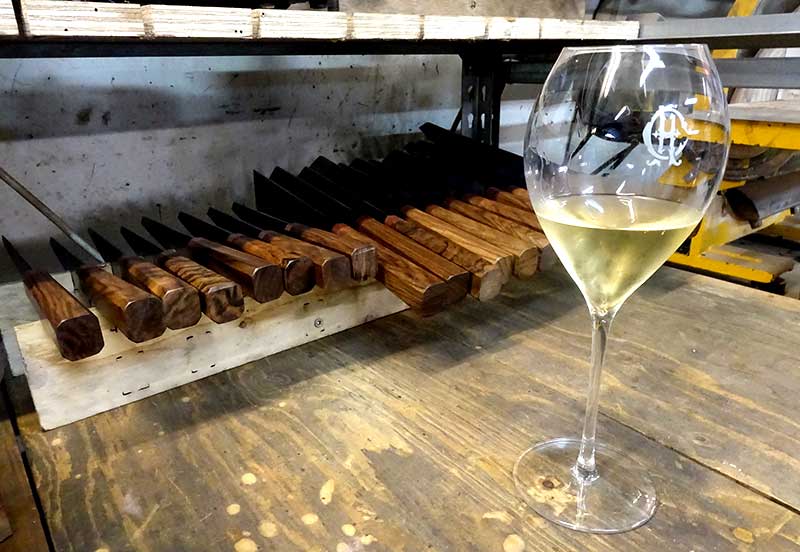 At a time when drinks companies are falling over themselves to throw ever more extravagant parties it was refreshing to find ourselves in Peckham for a Charles Heidsieck bash last week.

To be precise, we were at the Blenhaim Forge, tucked in under the railway arches at Peckham Rye, for the first in a series of what the champagne house is terming 'Maverick Encounters'. The hook? Well it seems the house's founder Charles was a bit of a maverick himself, being the first champagne merchant to conquer the US market where he became known as the original Champagne Charlie.

In keeping with his spirit, Charles Heidseick are throwing a number of events over the coming year. The idea is to pair the champagne with food in unusual surroundings along with the opportunity to meet folk who are pushing the boundaries in their various fields. We'd long wanted to come down and check out the forge which is so popular with London's chefs and the added bonus of enjoying sashimi from the Japan Centre sliced using the forge's own knives, was an additional lure.

In between trying the Brut Reserve, Rose Reserve and Rose Millesime 2006, guests were given the opportunity to try their own hand at the forge, making bottle stoppers. And we were also given an impromptu masterclass in sabrage using one of Blenheim Forge's knives. 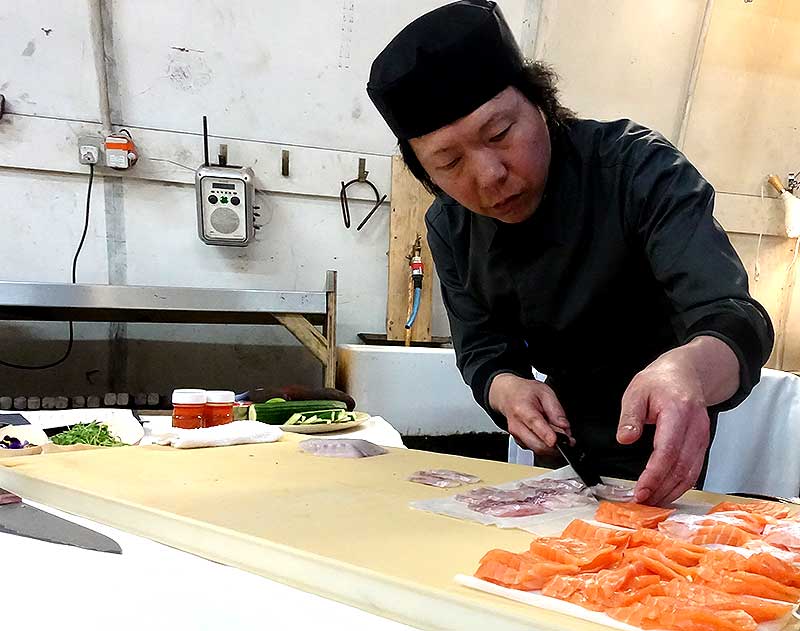 Sashimi made easy with the Blenheim Forge knives

21 September 2017
Papercutting workshop with Poppy Chancellor followed by a Charles Heidsieck masterclass on the terrace of the Hari Hotel in London.

November 2017
Private tour of London designer Joshua Kane’s workshop introducing the guests to tailoring followed by a tasting of Joshua’s favorite champagne and a Q&A with him.

All workshops are £51 with just 20 places each. You can book tickets here.