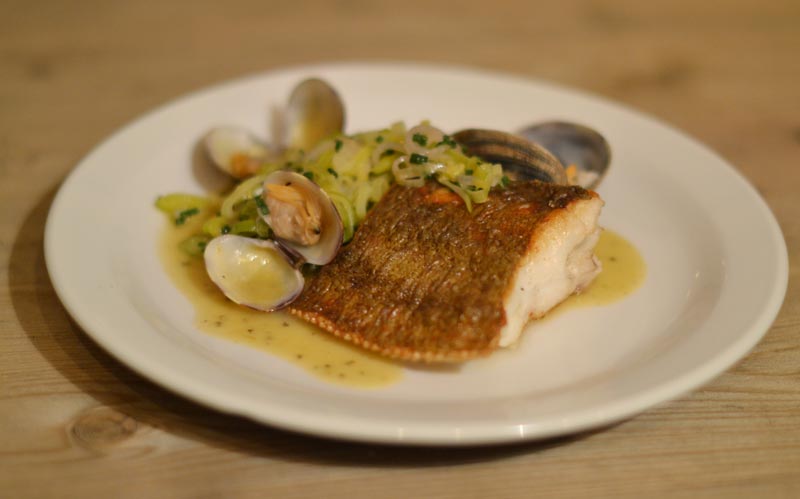 In a nutshell: Ex St John chef goes it alone in Kilburn

Summing it all up: St John Bread and Wine chef Ruairidh Summers has moved on, opening his first solo restaurant about the Colin Campbell pub in Kilburn. Expect lots of Irish cooking.

Being of Irish descent ourselves, we are immediately interested when we hear of a new Irish restaurant opening in London, let alone one from an ex St John Bread and Wine chef. So the eponymously named Summers by Ruairidh Summers sounds very interesting indeed.

Opening above the just-revamped Sir Colin Campbell pub in Kilburn, we're told to expect "humble country cooking, elevated." In practice, this means there will be plenty of use of game, seaweed will be making an appearance and dishes like crubbeens, rolled breaded pigs’ trotters will be on the menu. They won us over with that, to be honest, but there's more to get excited about:

We'd like all of that now, please. And they'll also have soda bread and Irish stew int he pub downstairs over the weekend, where traditional Irish music will be playing. We also love this comment about the upstairs space by Summers:

"Discovering the dining room above the Sir Colin Campbell was like opening Tutankhamun’s chamber. It was untouched since the 1950s. Originally lived in by the legendary landlady, we kept the layout and much of the interior as we found it. Her beautiful pantry, complete with the original cooling terracotta tiles, is now my pantry and it is a joy to use."