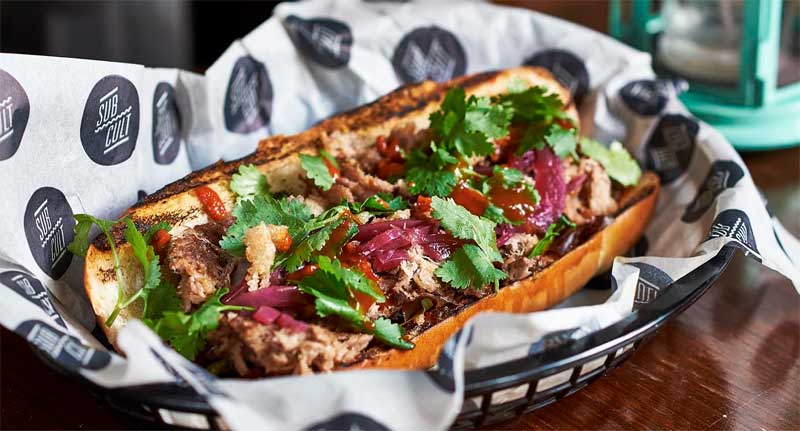 You may have seen Sub Cult around the likes of Maltby Street, Leather Lane, and Brockley Market, serving up their bagel-brioche sub rolls out of their big monochrome van. Now City workers will be able to get a taste at breakfast and lunch, including subs like:

Vegans will get their own called the Sub-Conscious with spiced vegan patties, raw veg chop, oyster sauce, pickled ginger, toasted sesame, and there’s an award-winning veggie sub too called the Subterranean, made with griddled woodland mushroom, roast garlic, thyme, truffle mayo and Stilton. If you’re picking up a bite to eat before work, there’ll be a selection of breakfast subs too.

There’s room for up to 15 inside, with al fresco seating too, or you can takeaway.

In the past, Sub Cult has teamed up with Michelin-starred chefs like Tom Sellers and Tom Aitkens, has made an appearance on Time Out’s list of London’s Best Sandwiches 2017 and was dubbed Best Sandwich at the British Street Food Awards.

There’s more plans up Sub Cult’s sleeve for later in the year, so watch this space...