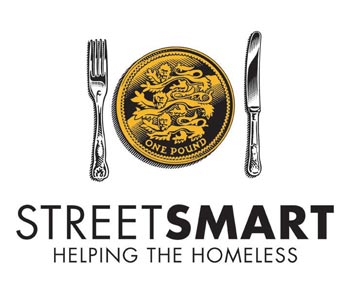 It's that time of the year again when you'll notice StreetSmart notices popping up on a restaurant table near you. We just love this campaign - it allows us to eat out AND do good - all at the same time.

If the concept's new to you, basically London restaurants sign up to the deal and add a tiny £1 voluntary donation on to your bill which then goes to help people in need. The really cunning bit is that they've persuaded Deutsche Bank to fund the administrative side of things, meaning that every single penny that restaurant goers donate goes to help the homeless and vulnerable.

And just look at the names they've signed up - the list ranges from longstanding classic joints like Nobu, St John and the River Café to Pollen Street Social, Murano and Polpo and relative newbies like 10 Greek Street, La Bodega Negra and The Old Bengal Warehouse. Over 500 restaurants will take part and this year they're hoping to top the £760,000 they raised last year.

The campaign runs from 1 November through to 31 December. To find a participating restaurant in London just go to the StreetSmart website or download the free StreetSmart app for iPhones.