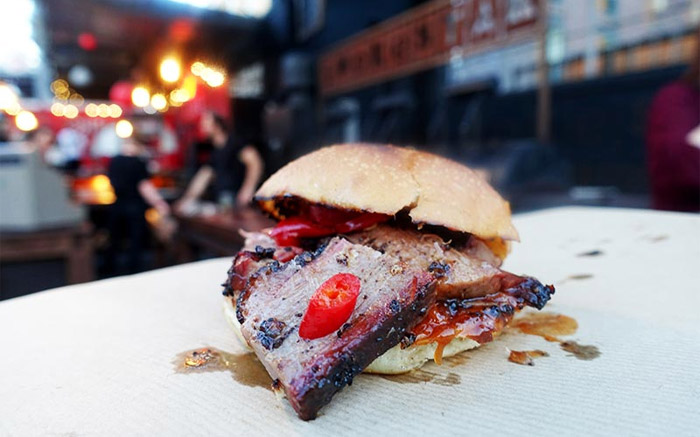 Street Feast are going from strength to strength at the moment. They've had another very successful winter with Hawker House, Dalston Yard is about to return for the Summer and now they've another site coming to Shoreditch in late May called Dinerama.

It's early days on the news front, but expect a lot more to be revealed in the run-up to launch. What we do know is that it'll be very big indeed, over 10,000 square feet and with capacity for 1000 people, making it the second largest licenced venue in Hackney after Dalston Yard (and yes, both are technically in Hackney). There will be six permanent diners, which will each seat around 20-40, plus six more food shacks and six bars on top of that too. And appearances are promised from Smokestak (that photo above is from them), B.O.B.’s Lobster, Baba G’s, Fundi Pizza and Duck n’ Roll (with more to be announced).

We'll add more news about the bars and traders in the run up to launch.

Dinerama is due to open on Great Eastern Street (opposite Village Underground) late May 2015, five days a week. For more on Street Feast, follow them on Twitter @streetfeastldn