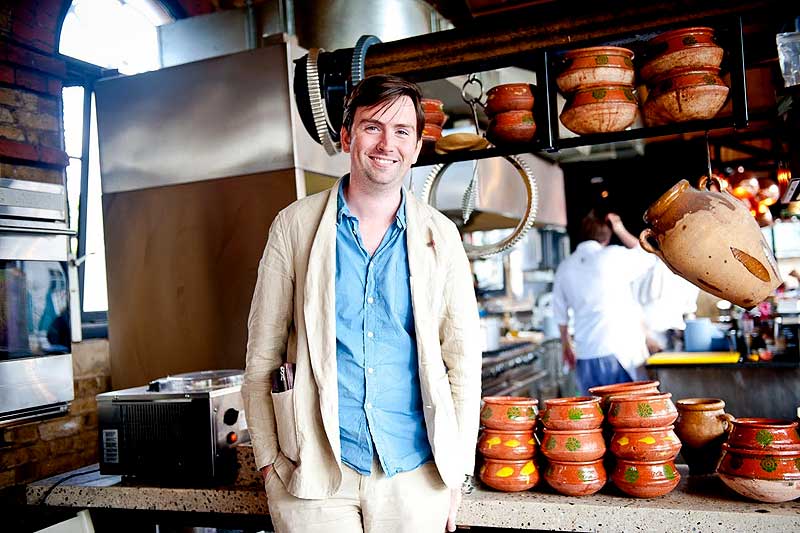 They say all good things come to an end, so Stevie Parle must be feeling bittersweet about announcing the imminent closure of his first restaurant The Dock Kitchen.

In a newsletter emailed out to the restaurant's clientele, Parle says: "I’m writing to let you know that Dock Kitchen will be closing for good after lunch on the 23rd of December. Our lease is coming to an end and unfortunately we have to move out. I’ve been holding off letting everyone know that we’re closing because I wanted to announce a new location at the same time but I’m not in a position to do that just yet."

The good news is that this isn't so much a case of The Dock Kitchen closing as it is of it moving. "We’re working on finding a new home for Dock Kitchen, or a version of it, in the spring of next year," says Parle. "In the meantime all of the team will be working at one of our other restaurants."

The restaurant has been around for eight years - pretty much as long as Hot Dinners then - having opened as a popup in the same building as the Tom Dixon showroom. Given that Dixon is in the process of moving his showroom from Ladbroke Grove to King's Cross, it wouldn't take much to wonder whether this will be the eventual home of The Dock Kitchen Part Deux - but that remains to be confirmed. For now, all Parle will say is: "The collaboration with Tom at Tom Dixon is one I’m incredibly proud of, and one I hope to continue for years into the future."

More about The Dock Kitchen

When does it close? The last service will be lunch on 23 December 2017