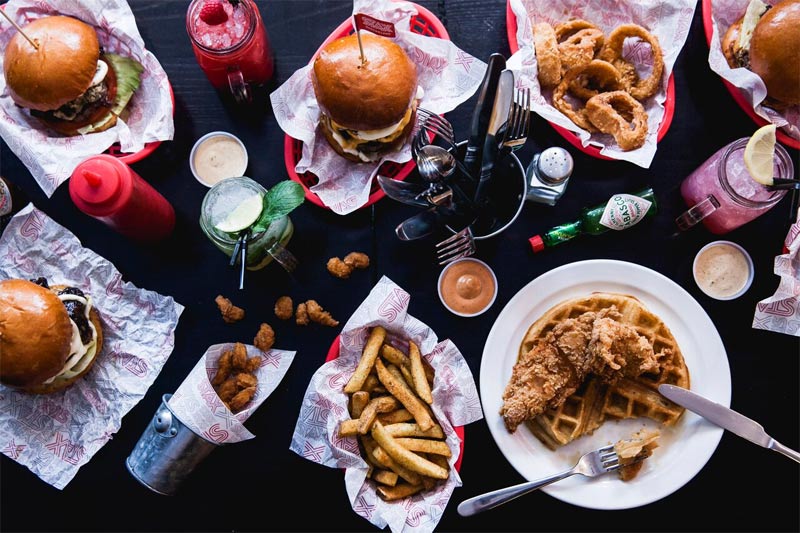 There's more on the way to help make Old Street a real destination for food lovers. We've recently had a Bone Daddies and a Draft House opening, a great new cocktail bar, a Hill & Szrok pub and now Stax from Carnaby Court is heading that way too, with new place Boondocks.

Stax has been one of the many hits in the revamped Carnaby Court and their move to Old Street for their second restaurant gives them a much larger kitchen. While anyone visiting Stax will be very impressed at what they get out of their tiny space there, expect to see a more varied menu at Boondocks. The Blooming Onion for one (deep fried batter onion - pictured), will be making a return. They'll also reinstate the brunch that was a hit at Bea's Diner in Maltby Street too.

And they'll be bringing back the crawfish boil too. That's "Spiced Crawfish, Potatoes, Sweetcorn, Polish Style Beef Sausage, and Garlic Bread along with cocktail sauce, comeback sauce and Bea’s special cajun butter sauce for dipping". Messy, great eating. Those sessions will be £40 for as much as you can handle and you can get tickets here.

The rest of the menu will have the burgers and buttermilk chicken from Stax and more new dishes. There will be chicken fried steak, buttermilk biscuit sandwiches, smothered chicken, and peach cobbler.

On top of that, there's a takeaway space for hungry city folk - which will see some bakery goods too (remember that Bea founded "Bea's of Bloomsbury"). They'll have various American fare including monkey bread, cinnamon buns, fruit pies and lots of donuts all available for ordering online and pickup or delivery.

And finally, there will be space for events with cinema clubs and comedy nights a thing and they'll come with the return of Bea's Chili Cheese Hot Dogs.