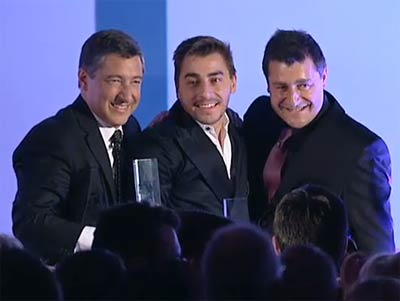 There's always a lot of talk in the run-up to the announcement of the World's 50 Best Restaurants list about who will be No 1. And this year, more than a few were predicting a shake up in the arrangement in the top five positions saying that El Celler de Can Roca would topple Noma for the prime spot. Well that appears to be the case as two Spanish newspapers, first El Imparcial followed by El Pais have now broken the embargo and reported the Top 50:

Find out more about the Top 10 and read the full World's 50 Best Restaurants list here.

So it's a big day for Spanish gastronomy as they leap into the international spotlight that Denmark has enjoyed for the past three years. Of course, they may be forgiven for taking the view that they're only taking back what was rightfully theirs as before Noma it was another Spanish restaurant El Bulli that topped the list for many years.

But what's so special about El Celler de Can Roca? We asked food blogger Chris Pople who made the trip to Girona last year and recalls dishes like "caramelised olives hanging from miniature bonsai olive trees and disassembled local prawn served with deep-fried legs and prawn powder...eating in the modernist Can Roca dining room is an experience like no other. Too often internationally famous restaurants tend to serve strange, alien food disassociated from local culinary tradition - the genius of Can Roca is serving food that is astonishingly inventive yet still feels Catalan. A worthy winner."

As for UK restaurants, while Heston Blumenthal's Dinner went up two places to No 7 and The Ledbury rose from 14 to 13, the Fat Duck dropped 20 places to number 33. The UK total in the Top 50 remains unchanged. That said, there were a few more interesting UK moves within the Top 100 list. New entries were Hedone at number 70 and Pollen Street Social at No 84. St John re-entered the list at 71 and Viajante leapt up 21 places to 59.