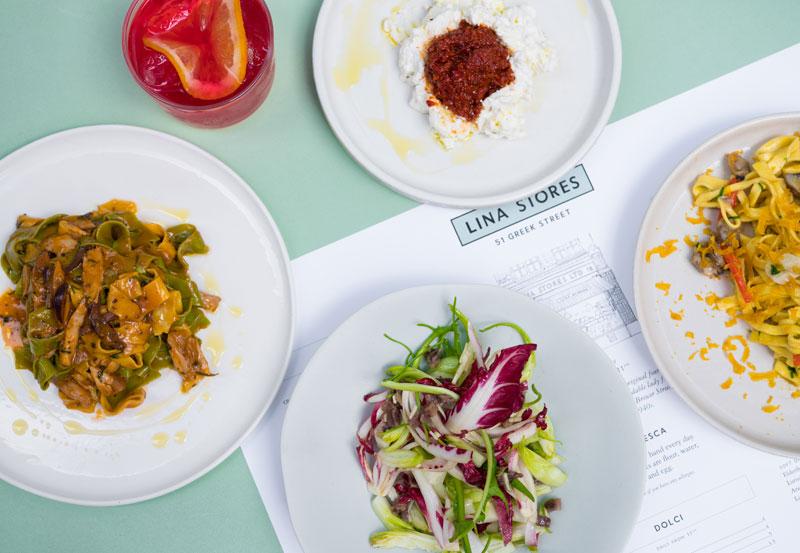 In a nutshell: Soho deli opens own pasta restaurant

Summing it all up: The original deli has been open for over 75 years in Soho, giving them plenty of time to get things right before opening this, their first restaurant

We've had restaurants opening their own delis (Angela Hartnett's Cafe Murano Pastificio and the new Petersham Nurseries Delicatessen in Covent Garden are two that spring to mind) but there aren't many delis that open their own restaurants.

Much-loved Soho icon Lina Stores looks set to start a new trend, then, when they open their first pasta restaurant this spring. They're taking over a space just around the corner on Greek Street that used to be occupied by old-school Italian Trattoria Da Aldo and frankly we'd be hard put to be more excited.

I mean, who wouldn't want to try fresh pasta stuffed with ingredients from one of the best Italian delis in the city?

In charge of the kitchen is Head Chef Masha Rener who's been working in one capacity or another for the store for years. When she sold her own restaurant in Umbria and moved to London recently, opening a restaurant together seemed to be the obvious next step for both.

Lina Stores - 51 Greek Street will serve up many of the pasta dishes you can find in the deli. Did you know they've been making fresh pasta there since 1944? But there'll also be some regional specialities and family recipes you'll want to discover.

Dishes they're promising (be warned - this will make you weepingly hungry to read) include:

As you'd probably expect, starters will feature all the prosciutti, cheese and antipasti that you can buy in the store and there'll be all manner of Italian wines and classic Italian cocktails too.

The restaurant itself will be over two floors - with room for just over 50 diners. There'll be an open kitchen with a 12 seat bar that's going to be one of the hot seats in London to procure, we predict.