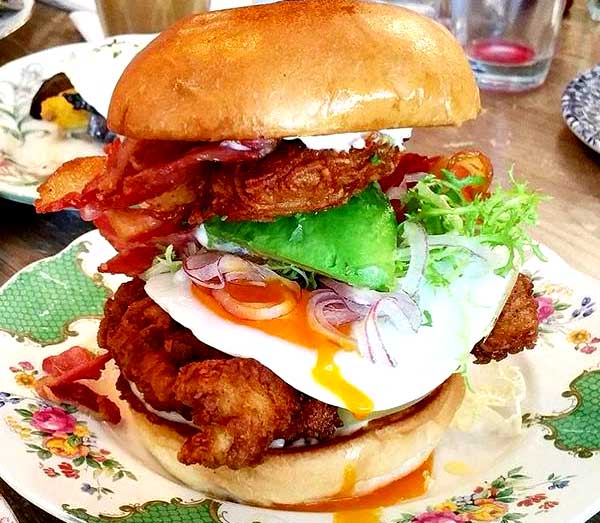 Soho House, who are also being Chicken Shop and Dirty Burger, are about to branch out further with another restaurant that seems likely to pop up all over London. It's being launched in partnership with Ennismore the people behind 'The Hoxton' group of hotels and it's not the first time they've teamed up - as seen by Hubbard & Bell and Chicken Shop in the Holborn Hoxton Hotel.

This time round, the theme is all about egg (much like Neil Rankin's Bad Egg) serving up eggy baps, including a brisket and egg bap, bacon and egg bap, pork belly, sausage meat, egg and sriracha mayo bap and a fried chicken bap too. There’s also a selection of sides including hash browns, smoked bacon, fennel sausage and avocado and sea salt.

They're also open for dinner, focusing on that fried chicken bap which comes with pickled green tomato, red onion and mayo as well as a new-to-the-menu shrimp, green chilli, tomato and pineapple salsa bab and an egg break burger. Cocktails will all cost £7 and there'll be a short dessert menu - we fancy the salted caramel custard.

Egg Break is now open at 30 Uxbridge Street, London W8 7TA. Opening hours are Monday – Sunday, 8am – 10pm. No reservations. For more from them, follow them on Twitter @eggbreak_ldn