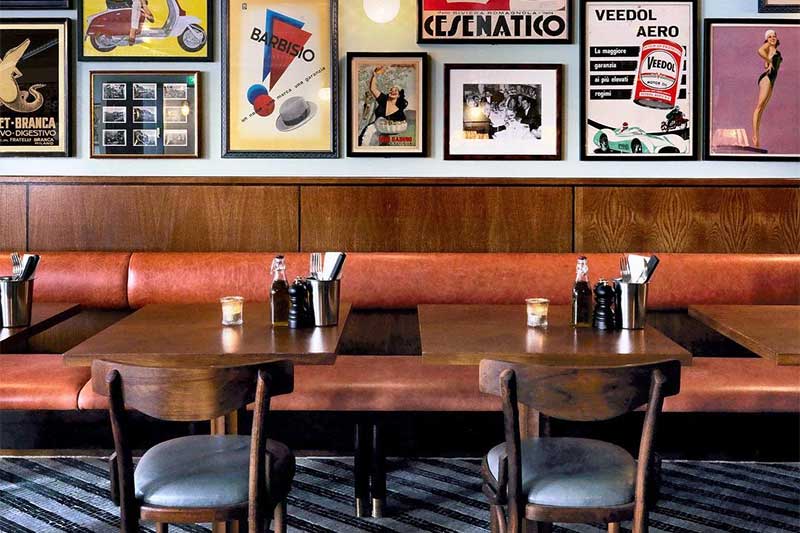 In a nutshell: Diffusion line for classic Italian restaurant

Summing it all up: Soho House are taking the classic Italian restaurant and going for a more laid-back experience, serving up pizzas and cocktails

Soho is about to get a new pizza place, as the folk at Soho House continue to update various restaurants and buildings they own in the area. Coming close on the heels of the reopening of Kettner's they'll be turning the former Soho Kitchen & Bar into Cecconi’s Pizza Bar.

Soho House have owned the Cecconi's brand since 2005 (the original one in Mayfair opened way back in 1978) and there's already a Cecconis in The Ned in addition to the main restaurant in Mayfair. But this Soho one will be a little different - think of it as a diffusion line for the brand.

We don't know too much just yet but we do know that it'll served a pared-down version of the usual Cecconi's menu - so cicchetti, pizza and cocktails.