Soho Grind to open on Beak Street with basement speakeasy 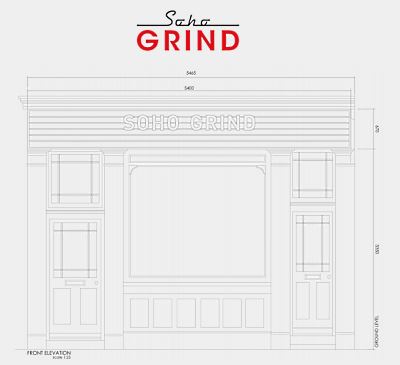 We've been waiting to hear about a date for the opening of Soho Grind - the second coffee spot to follow on from the successful Shoreditch Grind spot. Now we've had confirmation that they'll be opening on Beak Street next month.

The Soho version will, like Shoreditch, be open all day and late night. But with a few new additions. On the coffee front there'll be a special custom blend developed for Soho. But we're probably more interested in the idea of the 'hidden' speakeasy in the basement which is revealed behind a sliding wall every evening. Here'll they have the Grind Espress Martini and Flat White Russian that have proved popular in Shoreditch as well as some new cocktails coming for the West End.

For food expect pastries and suchlike first thing, Italian-inspired food at lunchtime and aperitivo and small sharing plates for the evening.