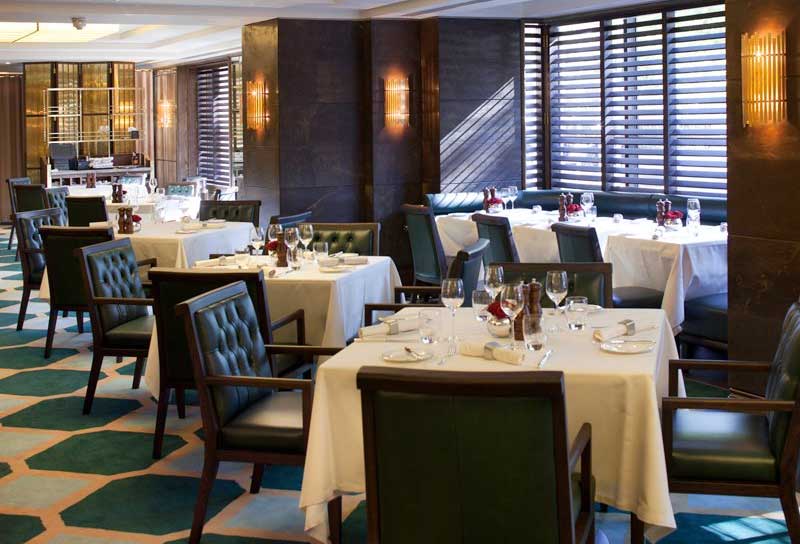 So this is a bit of a pickle. At the tail end of last year, it seemed as if London's list of restaurants to go to was to expand a little further with the teaming of Tom Kerridge and the Jumeirah Carlton hotel in Knightsbridge. Kerridge was going to take over the Rib Room - being totally refurbished as part of a full-scale renovation of the whole building.

Back then, the hotel’s General Manager and Jumeirah’s Regional Vice President for Europe, Katie Benson seemed pretty stoked at the partnership, saying; “Tom is one of the country’s top culinary talents and we are delighted to be working with him and his team to create London’s most exciting new restaurant next year.”

And then it all went quiet. We included in our list of Hot Openings for Autumn 2017, but no-one had received any more details and people were getting a little evasive about it when asked.

When Hot Dinners asked Tom for some news on the restaurant a few weeks back at the Abergavenny Food Festival, he was pretty reticent about details, telling us that certainly nothing was happening this year. Turns out nothing's happening this or any year with Jumeirah it seems.

In a release issued today, Kerridge states; "We are all hugely disappointed that this project is not working out as we wanted since we had exciting plans to create a dining experience that would have celebrated the heritage of the building. However, Jumeirah have made a decision to re-open The Rib Room this week without any notification and without the restaurant transferring management. The fact that there has been no sign of the planned refurbishment has left us in a very difficult position.”

All of which seems VERY odd. So the hotel's just reopened the restaurant and hasn't bothered to do anything to it? We've contacted the hotel group for a statement of their own and are still waiting for a response...