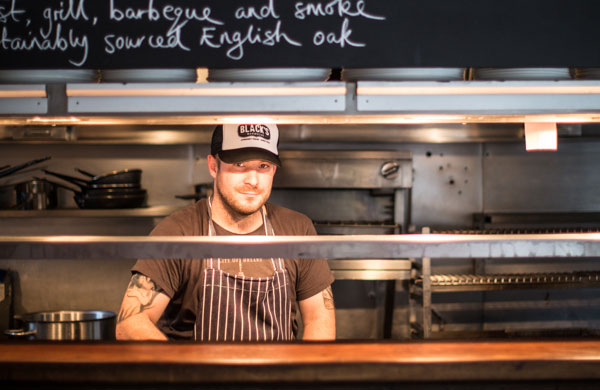 Only a few steps from this writer's flat, the original Smokehouse has been a huge hit and part of a group of restaurants that has been bringing quality back to the Islington food scene. Now, after launching Bad Egg in the City, Neil Rankin and Noble Inns have set sights on Chiswick as the first place for a new Smokehouse. Given the success of other westward restaurants that have mixed things up a bit, like Kitty Fisher's and Kurobuta, we think they're onto a good thing here.

The menu will again be set up by Neil Rankin and there will, of course, be an emphasis on smoking and barbeque. So they've build a dedicated smoking shed which houses an “Ole Hickory Pit Smoker” and Robata grill for that very purpose. On the menu, new dishes and favourites from Islington:

Plus there will, of course, be Sunday lunch with pork rib eye & smoked shoulder with all the trimmings and crown roasted Chicken for two to share (plus more).

As for the pub itself, the dining area should be perfect for winter - with a double-sided fireplace - and summer  - where the dining area opens out on a paved terrace and lawn).  Plus there's also a whisky room which will apparently have "dark, oak paneled walls adorned with antler and roe deer heads, leather wingback chairs and an open fire". There, they'll have a menu with more than 100 varieties - from Scottish and Japanese Whisky to Whiskey from America and Ireland. As with Islington, expect a large selection of craft beer and a European wine list focused on small growers.

Smokehouse Chiswick is at 12 Sutton Lane North, Chiswick, W4 4DL. It opens with a soft launch on March 26th, with the full opening following up on 6 April - with 50% off food during the soft launch. To book, email info@smokehousechiswick.co.uk. For more information, follow them on Twitter @smokehouseN1