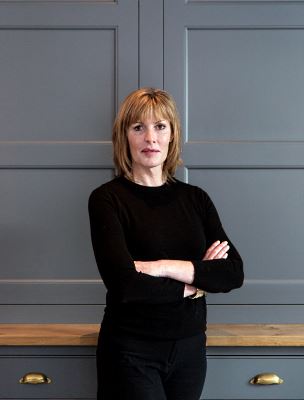 We have been waiting for what seems like an age to find out what Skye Gyngell was going to do as her follow up to the Michelin-starred Petersham Nurseries restaurant. There had been a lot of talk of her looking for a space in Soho, but now we've heard that Skye will be opening instead at Somerset House.

Spring - her first solo venture - will open in October. The menu sounds incredible. It will comprise eight starters, eight main dishes and five desserts, including cheese. Dish examples we've been given are:

As for drinks, the wine list at Spring has been developed by consultant Jack Lewens along with Head Sommelier Frank Embleton, who comes here via The Clove Club.

The restaurant itself will be in Somerset House’s "New" Wing - which is going to be the first time that this space will have been open to the public for over 150 years. The restaurant will have room for 100 diners. A reception and bar will lead onto The Salon, which will serve ices, little sandwiches and Bicerin, a classic layered espresso and chocolate drink from Turin. There'll also be an atrium garden.

As for front of house, that sounds like it's in good hands with General Manager Sofia Franc who was previously at The River Café and with Skye at Petersham Nurseries. She'll be supported by Head Maitre’D Sarah Flyckt who has previously worked at The Delaunay and The Wolseley.