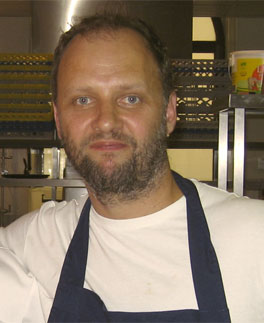 Simon Rogan made it a double when he celebrated an unprecedented win of two of the most prestigious awards of the night, Best Chef for L'enclume and Best independent restaurateur for L'enclume, The French in Manchester and Roganic in London which has now closed. Rogan praised his staff on Twitter saying: "Thank you for all the very kind words, a very talented team in amazing locations make it all a bit easier!"

A hugely popular winner was Fred Sirieix, Galvin at Windows, London Hilton on Park Lane who won Manager of the Year. "I feel both very lucky and grateful, Fred told Hot Dinners, " And I look forward to carrying on."

Silvano Giraldin picked up Lifetime Achievement for his 37 years running front of house at Le Gavroche.

Other London winners included Ollie Dabbous who was awarded Best Newcomer, One Great George Street which won the Accessibility Award and Hotel 41 which won Hotel of the Year (Group).