Written by Nancy Smallwood
Created: 04 May 2017 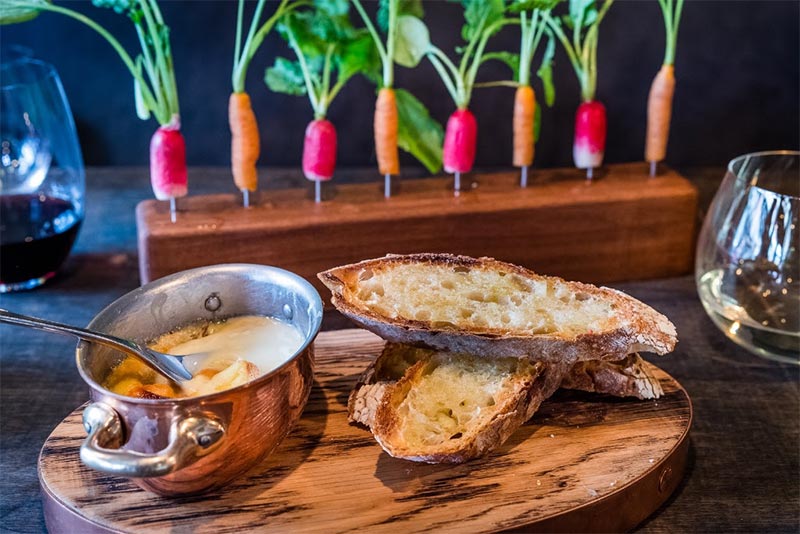 In a nutshell: Cheese, charcuterie, wine and tapas from Spain and Catalunya in a laid back setting

Summing it all up: After wowing Londoners with his Catalan food at Encant and Rambla, Victor Garvey has teamed up with his dad to open another restaurant on Maiden Lane. This time, it’ll be a laid back wine and cheese bar, with tapas and plenty more to enjoy.

Victor Garvey's clearly having success with Encant in Covent Garden, as he's opening another Spanish restaurant virtually next door.

Sibarita is destined to be a new Spanish and Catalan wine and cheese bar on Maiden Lane in Covent Garden. It’ll be the third venture announced from Garvey, after Rambla, but the second to open (Rambla's later in the year). This time around it’s a joint effort between him and his dad who’ll be creating a “fun, casual and affordable place anyone can drop into at any time.” And, of course, a place to find yourself if you don’t manage to get a table at Encant down the street. But it seats 26 only, so this could well get popular too.

In the kitchen will be head chef Krisztian Palinkas, who’s also worked Encant and who’ll be serving up Spanish and Catalan delicacies and deli treats. There’ll be upmarket cheeses like Picos de Valdeon Azul, La Serena and Tetilla, and charcuterie, with several varieties of jamon ibérico de Bellota 5J for you to nibble on.

If you’re also after something filling then bolster your order with some tapas-style dishes. There will be ‘Calamares a la Romana’ with alegria pepper and toasted coriander, their chicken ‘chilindron’ with crispy Serrano ham salpicon, or oven-baked Torta Del Casar cheese with garlic bread.

For drinks, lots of affordable Spanish wines available by the glass to go with your meal, including Goru, and Catalan Eagle which comes from an organic vineyard in southern Catalunya. Or on the other end of the scale, you could splash out on a bottle of the rather wonderfully named Grattalops.

“The thinking behind Sibarita’s really simple,” said Garvey “stop by, find yourself a spot and settle in to enjoy some great food with a glass or two of something wonderful.” We think Covent Garden can only benefit from more wine bars, so this opening is clearly a Good Thing.

When does it open? 9 June