Showdown cocktail bar to open underneath The Lockhart 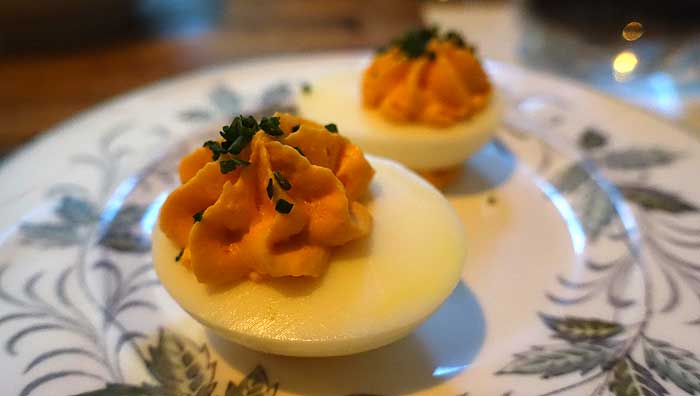 While it's fair to say that we're pretty pumped up about the upcoming new opening by Lockhart's Brad McDonald, Shotgun, the downstairs bar at the original restaurant in Marylebone being created by Matt Whiley (Peg + Patriot) also sounds the business.

Showdown takes Brad's approach to the food at The Lockhart, giving American classics a similar modernist twist. There'll be an iced tea cocktail on tap featuring milk washed moonshine, maple and ‘lemon’ green tea and we're all for the idea of pre-made bottled cocktails that will feature here too.

Other fascinating sounding cocktails include:

Brad is putting on a special bar menu for Showdown featuring snacks like devilled eggs and catfish goujons. There'll also be larger plates to soak up that alcohol such as Shrimp & Grits, Fried Chicken and Beef Ribs and the best cornbread in town.

Showdown is now open underneath The Lockhart at 22-24 Seymour Pl, London W1H 7NL. Keep up with their news on Twitter @ShowdownLDN 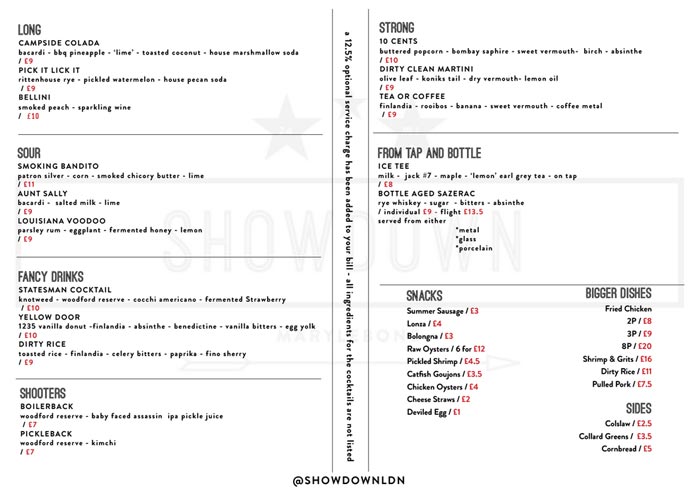