Should chefs do their office work in their own restaurants? Twitter debates 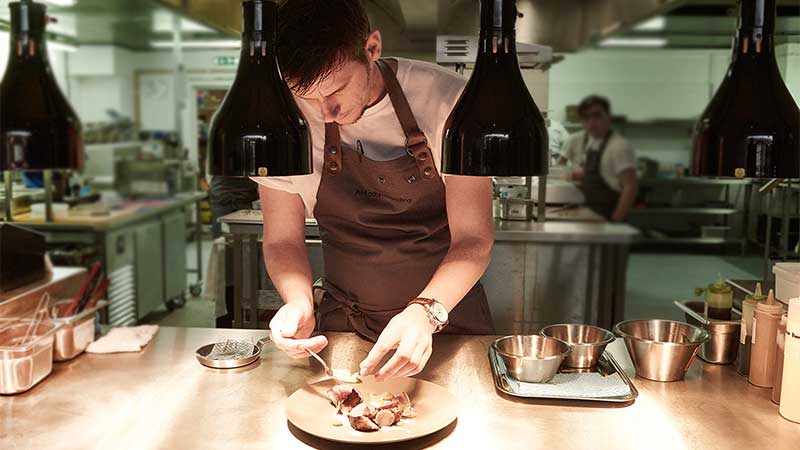 Following on from our story about Giles Coren's visit to East London restaurant The Frog this week, and subsequent social media fail, Twitter continued to debate the topic. It was all kicked off by a question from fellow restaurant critic - the Observer's Jay Rayner who asked:

Re the @gilescoren thing. Isn't there something weird and wrong about a chef working on his laptop in his own dining room during service?

In the main, not unsurprisingly, chefs weighed in giving their support to Handling

I sit in the restaurant often, I don't have an office and even if I did, I wouldn't know what was going on if I was hidden away.

I don't think so at all, probably better than him being tucked away in an office unaware of anything going on in the restaurant.

When I worked on the WastED project. Dan Barber quite often sat in restaurant near pass on laptop

Far from it. Too few chefs sit FOH and see how customers react to their food & eat it as a customer would and not just a bite on the pass

The New York Times critic Pete Wells was generally behind it, with one proviso:

Chefs should eat in their restaurants. Often. Working on a laptop is weird unless the message is that it's OK for everybody.

But paying customers weren't so forgiving.

That's exactly what I feel- I think @gilescoren should have stuck to his first impression. Total atmosphere killer and unprofessional!

Very! It's so offputting to know they are a table away... are they spying on us? Use a office 👌

However, not all diners agreed:

Not at all! Too rare an occasion that a chef gets to experience FoH as a customer. Smart man.

I was just checking the food was still good and doing some emails as iv been neglecting them. When ever a spare second really.